A plan hatched by “fanatics”?  Most definitely. But who were those fanatics?

Al-Qaida?  That’s what Der Speigel would have us believe.

Yet, back in 1993 German war criminal Major General Otto Ernst Remer, inexplicably prophesied much of what was outlined by Der Spiegel in 2005 and has since occurred when he told the Egyptian paper Al-Shaab the following:

The regimes that are in power in the Arab and Islamic world are like dead bodies.

They perished because of their weakness. The future belongs to the forces of Islam…This is what takes place in your countries today: your leaders are politically finished. Instead of stepping down in honor, they cling bitterly to power and try to drag their peoples along into the precipice. […] What is new again is the movement of Islamic rebirth and the continuous decay of the strength of the colonial government bodies directed from afar by Israel in many Islamic countries. […] 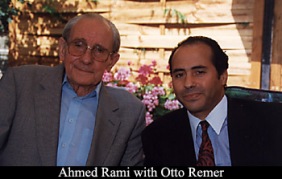 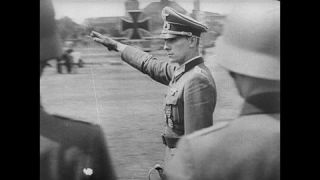 I see no way out of the serious current circumstances other than the setting up of a true Islamic society and of an Islamic state in every muslim country, and the implementation of the political and economic unity of the Islamic states. The setting up of a large, strong state on the foundation of a cultural and social Islamic revolution is a prerequisite…

He does not use term, but today many people know to what this proud German officer of the Third Reich is referring more than twenty years ago: The Caliphate.  But to what end?

Here is the outline…a timeline in fact of the, “frightening and absurd…lunatic plan” according to a 2005 article published in Der Spiegel, The Future of Terrorism: What al-Qaida Really Wants based on the investigations of Jordanian journalist Fouad Hussein who spent time imprisoned with Al-Qaida leader Abu Musab al-Zarqawi.

It’s hard not to notice how closely events have adhered to this timeline in the years that followed:

Remarkably, Western powers appear to have fulfilled a central role in realizing much of what has taken place so far notably by invading Iraq, which was to provide  the necessary Muslim animus as explained under The First Phase,

“The aim of the attacks of 9/11 was to provoke the US into declaring war on the Islamic world and thereby “awakening” Muslims. “The first phase was judged by the strategists and masterminds behind al-Qaida as very successful,” writes Hussein.

Further, Washington has given ongoing and substantive support to the subversive, destabilizing activities of the Muslim Brotherhood (Ikwan) across the Arab world as well as  its various incarnations in the West, as stipulated under Presidential Study Directive 11 (PSD-11) signed by Obama in 2010.

…two successive US administrations have maintained close ties to the Muslim Brotherhood in Egypt, Tunisia, Syria and Libya, to name just the most prominent cases.

The Obama administration conducted an assessment of the Muslim Brotherhood in 2010 and 2011, beginning even before the events known as the “Arab Spring” erupted in Tunisia and in Egypt. The President personally issued Presidential Study Directive 11 (PSD-11) in 2010, ordering an assessment of the Muslim Brotherhood and other “political Islamist” movements, including the ruling AKP in Turkey, ultimately concluding that the United States should shift from its longstanding policy of supporting “stability” in the Middle East and North Africa (that is, support for “stable regimes” even if they were authoritarian), to a policy of backing “moderate” Islamic political movements.

But even before the signing of this Presidential policy directive, a deliberate process of undermining and attacking secularized Muslim societies was well underway.

The United States and other Western powers have been consistent over the decades in their promotion of the spread of an extremist, reactionary expression of Islam.Not unlike earlier Administrations, the policies of the Clinton White House served exactly these aims, especially with regard to Bosnia and Iraq.  At the time, it seemed a weird and perplexing incongruity in US foreign policy: attacking the Muslims in Iraq, while simultaneously defending them in the  former Yugoslavia.

In both instances, but through different means, secularized Muslim populations were targeted.

The largely secular majority Muslim nation of Iraq was subject to a prolonged, destabilizing, and deadly embargo (to be followed by an invasion and occupation by U.S. President Bush) .

In the former Yugoslavia, Clinton vigorously supported and facilitated the rise of Islamic extremism, ostensibly in defense of the Muslim population.  Clinton’s policies fostered an invasion of known Jihadi terrorists, including members of the Iranian Revolutionary Guard, into the heart of Europe–purportedly to fight on behalf of the local Muslims, effectively imposing Islamic terrorists on the largely secular Muslim community. Their gruesome, horrific atrocities against the Serbs, and even against  local Bosnian Muslims who objected to their presence and Islamizing influence, fueled the war.

Just as with Iran and even Afghanistan in earlier decades, it is those Muslim societies that were embracing secularism, modernity, the steady progression of personal freedoms (particularly with regard to the position of women and girls in society), if not meaningful political agency, that have, in one fashion or another, been slated for Islamization.

Obama’s 2010 presidential directive appears to have outlined the next steps in this reactionary process further.

And what of Phase Six: all out warfare — apparently, just a few weeks away, anticipated to begin in 2016?What would be needed to initiate this “total confrontation”, to “instigate the “fight between the believers and the non-believers”, so as to reach the Seventh Phase: “definitive victory”,  such that the rest of the world will be so beaten down by the “one-and-a-half billion Muslims”.

But for Russia, most Western forces have been largely withdrawn from the Middle East.Where than is this great conflagration between the Islamic Army — “one-and-a-half billions Muslims” — and apparently everybody else to take place?Against the will of their people, European leaders have invited masses of unidentified Muslims into Europe by the hundreds of thousands as “asylum seekers”.   Only a tiny fraction are actual refugees.  Most are men: young, vigorous men, whose animus is palpable.

Ordinary Europeans are dumbfounded. It seems inexplicable, stupid.  It isn’t.Obama plans on doing the same, and has already opened the borders and effectively told border patrol to stand down.

Why is so little is done to examine how this project, the invasive, militant expression and spread of Islam into the West does, in fact, align with elite interests?

There is a carefully cultivated belief among the Left and Muslims that Western leaders, the “global elite” are hostile to Islamic doctrine, that it is somehow contrary to their aims and objectives, that they – the “1 percenters” – have a vested interest in securing, and maintaining secularism, human rights, the rights of women, unions and labor protections, freedom of expression, the right to bear arms, privacy, assembly, and other civil liberties.

But, why would they, when these provide the means for opposition, dissent, and meaningful resistance?

Wouldn’t their interests be better served by eliminating civil rights – something societies governed by Islamic law do so well?

Watch what happened here.  Notice how quickly in this university forum no less, censorship was imposed despite the significant presence of police.

If you watch this video to the end, you will see that the  university officials and police were “forced” to shut down this screening of this video art production exploring the issue of homosexuality in Islam to preserve the peace –“forced”  to enforce a ban on free speech and expression — “forced” to impose censorship.

On Artists.  In a University lecture hall no less.

We might expect this in in Riyadh or Tehran, but in a city in Sweden?

The shouts and chants of the Muslim protestors before and after artist – presenter Lars Vilks was attacked, and amidst the loud refrain of “Allahu Akbar!” and “MUHAMMAD!”, are especially telling:

“I said stop the film, and you didn’t stop it!”

“Sweden is our country too!”

“Why didn’t you stop the film?”

“It is our country too!”

“If he had stopped the film, this couldn’t have happened!”

“He [Lars Vilks] is a homosexual!”

The response of the Swedes for the most part was disturbingly passive, in part because free, unfettered expression is being successfully couched in the West as implicitly racist and even injurious, and therefore at odds with cultural difference and diversity.

As such, free speech is being treated and  successfully redefined as more of a weapon than a right.

This is consistent with Islamic legal doctrine, but the rationale is now being embraced and aggressively advanced by the Left and other activists, especially on University campuses.

But whose interests are they truly serving?

It should be obvious. Apparently, it isn’t.

An earlier post considered this process, introduction of Islamic ideology into the West through massive immigration as seen in these videos from a few years ago.

“Through various means, Western nations are effectively importing and financing the ‘forces’ they need to impose “order” upon their own citizenry.

Those Muslims at the front lines of  this effort, like those seen in the audience at Uppsala university in Sweden, may suppose that they are acting independently, and in opposition of the nations to which they have settled or received asylum. They are not.  They are instruments, brutal foot soldiers, militant useful idiots, working in tandem with those designing the policy to implement what could not otherwise be achieved.

Who better to put down the inevitable domestic resistance to the dismantling of civil liberties by the State in Western nations?

It is the implementation of domestic social control, necessarily introduced from the outside because local police, military and legal institutions in countries like Canada, the United States, and France are bound to defend the individual rights and liberties enshrined by law and embraced by most in the West.  Such people cannot be relied upon to impose fascism on their fellow countrymen and women.

These militant followers of Muhammad face no such impediment.  Something the German Nazis recognized readily and sought to exploit.  In this, it seems, they are not alone.

It is domestic subjugation by proxy.”

Inside the “Third World” religion, many Nazi war criminals ironically enjoyed an invaluable rebirth as persons “of color”

John Loftus | The Nazi Origins of Hamas and the Muslim Brotherhood

One thought on “Tick-Tock…Time for “Total Confrontation” – Der Spiegel published the Al-Qaida timeline in 2005: “frightening and absurd, a lunatic plan conceived by fanatics” | جماعة الاخوان المسلمين”