“The people in attendance thought that this excess 80 percent population would be a trash population and “high-tech” means should be used to eliminate them gradually.” – General Chi Haotian, Chinese Communist Party, 2003

“We have no option. If it isn’t controlled voluntarily, it will be controlled involuntarily by an increase in disease, starvation and war.” ― Philip, Duke of Edinburgh [1] END_OF_DOCUMENT_TOKEN_TO_BE_REPLACED

Dr. Geert Vanden Bossche warned of the damage being done to the immune systems of the vaccinated, and the inevitable grave consequences that would result. END_OF_DOCUMENT_TOKEN_TO_BE_REPLACED

“Essentially, the antibodies are attracted to surface receptors on the sperm,” said Hein. “They latch on and make each sperm so heavy it cannot move forward. It just shakes about as if it was doing the lambada.  Hein claimed it was a possible solution to world “over-population.” END_OF_DOCUMENT_TOKEN_TO_BE_REPLACED

The ambitions of the Wellcome Leap are made clear by the woman chosen to lead it, former director of the Pentagon’s DARPA, Regina Dugan.  Dugan began her career at DARPA in 1986; she led a counterterrorism task force in 1999 before leaving DARPA a year later.  […]

During her tenure, she created DARPA’s now defunct Transformational Convergence Technology Office, which focused on social networks, synthetic biology, and machine intelligence.  Many of the themes previously managed by that office are now overseen by DARPA’s Bological Technologies Office, which was created in 2014 and focuses on everything “from programmagable microbes to human-machine symbiosis.”  The Biological Technologies Office, like Wellcome Leap, pursues a mix of “health-focused” biotechnology programs and transhumanist endeavors.

Right before leaving the top role at DARPA, Dugan greenlighted the agency’s initial investments in mRNA vaccine techology, which led to DARPA’s investments in Pfizer and Moderna shortly thereafter.  The DARPA scientist who lobbied Dugan to back the program, Dan Wattendorf, now works as the director of Innovative Technology Solutions at the Bill & Melinda Gates Foundation. END_OF_DOCUMENT_TOKEN_TO_BE_REPLACED 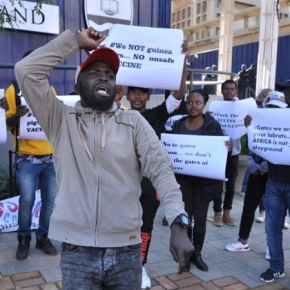 “That’s called the death panel, and you’re not suppose to have that discussion.” – Bill Gates END_OF_DOCUMENT_TOKEN_TO_BE_REPLACED 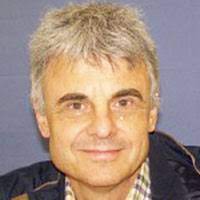 You are “losing the most precious part of your immune system that you could ever imagine of and that is your innate immune system… against any viral variant or corona virus variant…this means you’re left with no immune response… your immunity has become nil. It’s all gone. The antibodies don’t work anymore…and this while highly infections strains are circulating…We’re going to pay a huge price for this…This is a situation that is completely, completely, completely out of control” ~  Geert Vanden Bossche: https://be.linkedin.com/in/geertvandenbossche END_OF_DOCUMENT_TOKEN_TO_BE_REPLACED

“This is a perfect binary weapon. There’s no way I know exactly what that mRNA is programmed to and neither do you and neither do most doctors. The doctors can’t get at that data. That’s for the guys at the very top of this project… If I were China and I wanted to take down our military, I’d just make an mRNA that I know it doesn’t exist in nature so nobody’s going to die from a vaccine and then two years later I release whatever it is that I made… and it causes this immune enhancement death.” ~Dr. Lee Merritt END_OF_DOCUMENT_TOKEN_TO_BE_REPLACED 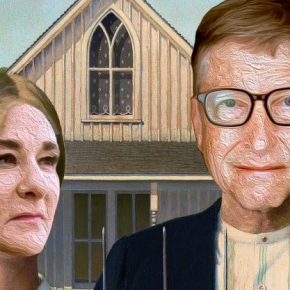 “Gates has a Napoleonic concept of himself, an appetite that derives from power and unalloyed success, with no leavening hard experience, no reverses.” — Judge Thomas Penfield
Jackson, presiding judge in the Gates/Microsoft antitrust-fraud case

“As with Gates’ African vaccine enterprise, there was neither internal evaluation nor public accountability. The 2020 study “False Promises: The Alliance for a Green Revolution in Africa (AGRA)” is the report card on the Gates’ cartel’s 14-year effort. The investigation concludes that the number of Africans suffering extreme hunger has increased by 30 percent in the 18 countries that Gates targeted. Rural poverty has metastasized dramatically, and the number of hungry people in these nations has risen to 131 million.

Under Gates’ plantation system, Africa’s rural populations have become slaves on their own land to a tyrannical serfdom of high-tech inputs, mechanization, rigid schedules, burdensome conditionalities, credits and subsidies that are the defining features of Bill Gates’ “Green Revolution.” END_OF_DOCUMENT_TOKEN_TO_BE_REPLACED