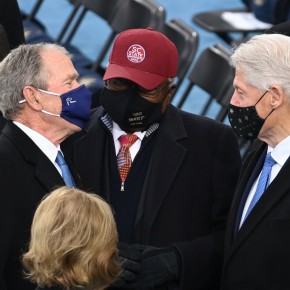 It was Clyburn’s endorsement of Biden in the South Carolina Democratic presidential primary that revived his candidacy and catapulted him back to front-runner status following dismal showings in Iowa and New Hampshire.

Biden’s ascent to the nomination is largely credited to his dominating performance in South Carolina. END_OF_DOCUMENT_TOKEN_TO_BE_REPLACED 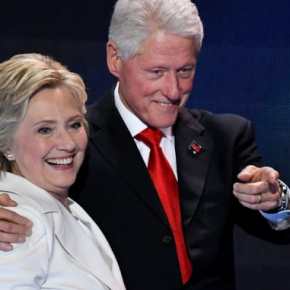 …elite Western bankers were “stunned/bewildered” a few hours ago after the Bank For International Settlements (BIS) registered a $1.8 billion transfer from the Clinton Foundation (CF) to the Qatar Central Bank (QCB) through the “facilitation/abetment” of JP Morgan Chase & Company (JPM)—and for reasons yet to be firmly established. END_OF_DOCUMENT_TOKEN_TO_BE_REPLACED 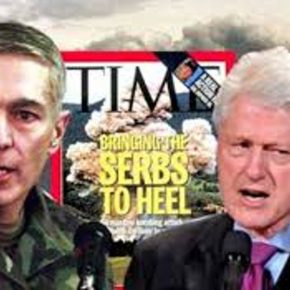 In 2014, a European Union task force confirmed that the ruthless cabal that Clinton empowered by bombing Serbia committed atrocities that included murdering persons to extract and sell their kidneys, livers, and other body parts. Clint Williamson, the chief prosecutor of a special European Union task force, declared in 2014 that senior members of the Kosovo Liberation Army (KLA) had engaged in “unlawful killings, abductions, enforced disappearances, illegal detentions in camps in Kosovo and Albania, sexual violence, forced displacements of individuals from their homes and communities, and desecration and destruction of churches and other religious sites.” END_OF_DOCUMENT_TOKEN_TO_BE_REPLACED

The accusation of murder and organ trafficking against Thaci was first made in 2008 by Carla Del Ponte, the Chief Prosecutor of the International Criminal Tribunal for the Former Yugoslavia (ICTFY), in a book she wrote after stepping down from that position. Del Ponte later explained that the ICTFY was prevented from charging Thaci and his co-defendants by the non-cooperation of NATO and the UN Mission in Kosovo. In an interview for the 2014 documentary, The Weight of Chains 2, she explained, “NATO and the KLA, as allies in the war, couldn’t act against each other.” END_OF_DOCUMENT_TOKEN_TO_BE_REPLACED 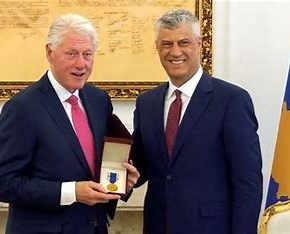 Even though he was widely condemned for oppression and corruption after taking power in Kosovo, Vice President Joe Biden hailed Thaci in 2010 as the “George Washington of Kosovo.” A few months later, a Council of Europe report accused Thaci and KLA operatives of human organ trafficking. The Guardian noted that the report alleged that Thaci’s inner circle “took captives across the border into Albania after the war, where a number of Serbs are said to have been murdered for their kidneys, which were sold on the black market.” END_OF_DOCUMENT_TOKEN_TO_BE_REPLACED

Even before Bill Clinton was looking to cash in on Hillary’s position as Secretary of State with his Iranian wartime collaborators in the Bosnia, a bipartisan effort was afoot–supported by George Soros, Ron Paul, Grover Norquist, Keith Ellison, and the Muslim Brotherhood front group CAIR among others–to  launch a campaign to “send Hillary to … END_OF_DOCUMENT_TOKEN_TO_BE_REPLACED

The FBI director decried the obstructionism and interference of the Clinton White House in their investigations,

Former FBI Director Louis Freeh told The Times that when he first sought the Clinton White House’s help to gain access to the Saudi suspects, he was repeatedly thwarted. When he succeeded by going around Mr. Clinton and returned with the evidence, it was dismissed as “hearsay,” and he was asked not to spread it around because the administration had made a policy decision to warm relations with Tehran and didn’t want to rock the boat, he said. […]

“They were encouraging me not to do surveillances on the cultural teams and athletic teams that were starting to come in from Iran,” he said. “And I refused as director, saying we had good evidence that the Iranians had put their agents on these wrestling teams and they were coming into the U.S. to contact sources.” END_OF_DOCUMENT_TOKEN_TO_BE_REPLACED

The 44 year old Thaci was a personal protégé of Clinton Secretary of State Madeleine Albright during the 1990s, when he was a mere 30-year old gangster. The KLA was supported from the outset by the CIA and the German BND. During the 1999 war the KLA was directly supported by NATO. At the time he was picked up by the USA in the mid-1990s, Thaci was founder of the Drenica Group, a criminal syndicate in Kosovo with ties to Albanian, Macedonian and Italian organized mafias. A classified January 2007 report prepared for the EU Commission, labeled “VS-Nur für den Dienstgebrauch” was leaked to the media. It detailed the organized criminal activity of KLA and its successor Democratic Party under Thaci.” END_OF_DOCUMENT_TOKEN_TO_BE_REPLACED

This is the person the Clintons invited to their Clinton Global Initiative Conclave three years in a row: First in 2011, and then again in 2012 and 2013, though Secretary of State Hillary Clinton’s most senior aids including Huma Abedin and Cheryl Mills were aware of and directly queried about Thaci’s involvement in human organ harvesting. END_OF_DOCUMENT_TOKEN_TO_BE_REPLACED

“Trump voters had several reasons to vote for Trump other than “racism”. Most of all, they want their jobs back, jobs that have vanished thanks to the neoliberal policy of transferring manufacturing jobs to places with low wages.

But racism is the only motive recognized by the globalized elite for rejecting globalization. British citizens who voted to leave the European Union in order to recover their traditional democracy were also stigmatized as “racist” and “xenophobe”. Opposition to racism and xenophobia is the natural moral defense of a project of global governance that deprives ordinary citizens of any important power of decision.” – Diana Johnstone END_OF_DOCUMENT_TOKEN_TO_BE_REPLACED