IG Farben was the largest world WAR II profiteer using Auschwitz patients as slave laborers. Doctors actually sent those whom they deemed able to be a slave laborers…” 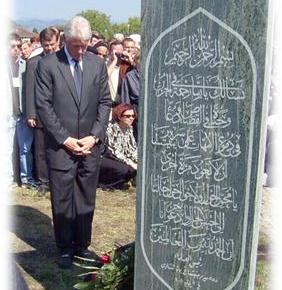 It appeared that the OHR [Office of the High Representative] wanted the statement issued before the opening of a Muslim monument — essentially a shrine which was being promoted as a site for annual Muslim pilgrimages from around the world — memorializing the radical Islamist allegations about events in Srebrenica to occur on September 19, 2003. The unveiling of the monument would be attended by former US Pres. William Clinton, and “finalizing” the Srebrenica case would help stop the ongoing wave of allegations of illegal Clinton Administration activity in supporting radical Islamist activities in Bosnia during the 1990s. This is particularly critical given the fact that a significant number of the Islamist terrorists involved in the September 11, 2001, terrorist attacks on the United States had strong links into the Bosnian Muslims whom Clinton had supported.

The US Embassy in Sarajevo donated $1-million to the construction of the “shrine”, even though all proper investigations of the Srebrenica affair in fact showed the Islamists’ claims to be unsubstantiated and, in many respects, without foundation at all…

Significantly, when the Muslim representatives involved in building the “shrine” in Srebrenica approached New York Mayor Michael Blumberg to establish a sister-city relationship with New York, the Mayor refused, based on intelligence showing the link between the Bosnian Islamists and the al-Qaida attacks on  his city. END_OF_DOCUMENT_TOKEN_TO_BE_REPLACED

Many border crossings into Kosovo by “foreign fighters” also have been documented and include veterans of the militant group Islamic Jihad from Bosnia, Chechnya and Afghanistan…
Jane’s International Defense Review, a highly respected British Journal, reported in February that documents found last year on the body of a KLA member showed that he had escorted several volunteers into Kosovo, including more than a dozen Saudi Arabians. Each volunteer carried a passport identifying him as a Macedonian Albanian.” END_OF_DOCUMENT_TOKEN_TO_BE_REPLACED 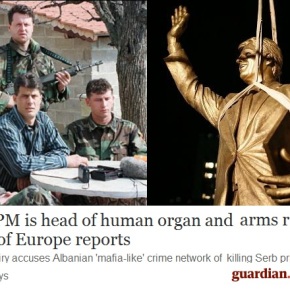 “The intelligence reports document what is described as a “link” between bin Laden, the fugitive Saudi millionaire, and the KLA –including a common staging area in Tropoje, Albania, a center for Islamic terrorists. The reports said bin Laden’s organization, known as al-Qaeda, has both trained and financially supported the KLA….

Bin Laden and his military commander, Mohammed Atef, were named in a federal indictment handed up in November in New York for the simultaneous explosions Aug. 7 at the U.S. embassies in Nairobi, Kenya, and Dar es Salaam, Tanzania…

State Department officials labeled the KLA a terrorist organization, saying it bankrolled its operations with proceeds from the heroin trade and from loans from known terrorists like bin Laden END_OF_DOCUMENT_TOKEN_TO_BE_REPLACED

“It had been some 20 years before, during Washington’s first Afghan war, the decade-long, C.I.A.-financed jihad of the 1980’s against the Soviet occupation. Rising to more than 13,000 feet, 35 miles southwest of the provincial capital of Jalalabad, Tora Bora was a fortress of snow-capped peaks, steep valleys and fortified caves. Its miles of tunnels, bunkers and base camps, dug deeply into the steep rock walls, had been part of a C.I.A.-financed complex built for the mujahedeen.” — New York Times, 2005

“…The mountains where ISIS made their base were the same ones used by bin Laden as a bolt hole and the same used by the CIA-backed mujahideen when they were fighting the Soviets in the 1980s.” — CNN, 2017 END_OF_DOCUMENT_TOKEN_TO_BE_REPLACED

The EU and NATO are putting pressure on Skopje to accept the demands of neighboring Tirana [Albania] and change its constitution, which would have a destabilizing effect on the Republic of Macedonia (FYROM). […]

Tirana’s attempt to destabilize Macedonia has been echoed by US politicians too. In February, chairman of the US Foreign Affairs Subcommittee on Europe, Eurasia and Emerging Threats Dana Rohrabacher told Albanian TV Channel Vizion Plus that the country should be portioned, and “Kosovars and Albanians from Macedonia should be part of Kosovo.” END_OF_DOCUMENT_TOKEN_TO_BE_REPLACED

END_OF_DOCUMENT_TOKEN_TO_BE_REPLACED 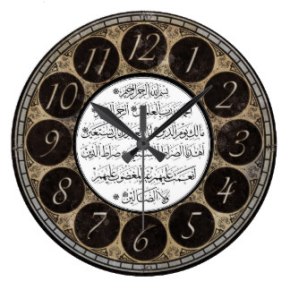 Why is so little is done to examine how this project, the invasive, militant expression and spread of Islam into the West does, in fact, align with elite interests?
There is a carefully cultivated belief among the Left and Muslims that Western leaders, the “global elite” are hostile to Islamic doctrine, that it is somehow contrary to their aims and objectives, that they – the “1 percenters” – have a vested interest in securing, and maintaining secularism, human rights, the rights of women, unions and labor protections, freedom of expression, the right to bear arms, privacy, assembly, and other civil liberties.
But, why would they, when these provide the means for opposition, dissent, and meaningful resistance?
Wouldn’t their interests be better served by eliminating civil rights – something societies governed by Islamic law do so well?
END_OF_DOCUMENT_TOKEN_TO_BE_REPLACED