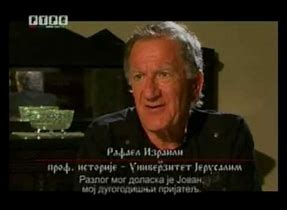 Published on Sep 19, 2011 Raphael Rafa Israeli, an Israeli academic, Professor of Islamic, Middle Eastern and Chinese history at the Hebrew University of Jerusalem and a member of the steering committee of the Ariel Center for Policy Research, speaks on the consecration of the new-elected Bishop Jovan (Culibrk), coordinator of the Jasenovac Committee, in … END_OF_DOCUMENT_TOKEN_TO_BE_REPLACED 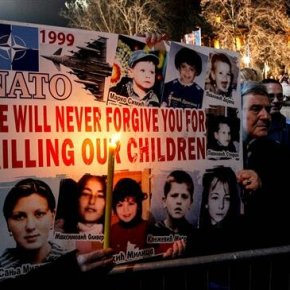 “In November 1990, Congress passed the 1991 Foreign Operations Appropriations Act, mandating that any part of Yugoslavia failing to secede within six months would lose U.S. financial support. The U.S. then financed separatist movements in Slovenia, Croatia, Bosnia, Macedonia, and Kosovo, consistently backing the most fascistic elements in a strategy of “divide and conquer.”

The Kosovo Liberation Army (KLA), identified as a terrorist organization by the U.S. State Department and a major heroin trafficker by Europol, was financed and trained by Osama bin Laden’s “al-Qaeda” network and the CIA.”

“NATO attacked Yugoslavia without the consent of any of its own parliaments, violating the NATO treaty, Article One of the U.S. Constitution, the United Nations Charter, the Geneva Conventions, and the Nuremberg Principles.”
— Ed Griffin END_OF_DOCUMENT_TOKEN_TO_BE_REPLACED

“the Arabs enslaved the Africans more than any other nation did.” — Hamed Abdel-Samad END_OF_DOCUMENT_TOKEN_TO_BE_REPLACED

20 years ago today, U.S. President Bill Clinton, using the power of his office, went to war against the Serbian people; he attacked a tiny European nation that had been America’s ally in both World War I and World War II. The Serbian people were in bewildered, horrified disbelief. Even today, they cannot fathom why … END_OF_DOCUMENT_TOKEN_TO_BE_REPLACED

The Forgotten Refugees explores the history and destruction of Middle Eastern Jewish communities, some of which had existed for over 2,500 years. Featuring testimony from Jews who fled Egypt, Libya, Iraq and Yemen, these personal stories of refugees are interspersed with dramatic archival footage, including rescue missions of Yemenite and Iraqi Jews END_OF_DOCUMENT_TOKEN_TO_BE_REPLACED 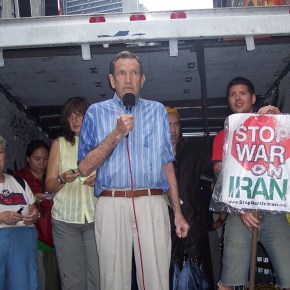 In 1991, even as Clark was in the process of setting up the supposedly Leftist International Action Center (IAC) he gave an interview to the New York Times in which he again called for “reconciliation” with aging Nazis. As late as 2002 Clark defended another Nazi being deported for having lied on his immigration papers about his past.