The Forgotten Refugees explores the history and destruction of Middle Eastern Jewish communities, some of which had existed for over 2,500 years. Featuring testimony from Jews who fled Egypt, Libya, Iraq and Yemen, these personal stories of refugees are interspersed with dramatic archival footage, including rescue missions of Yemenite and Iraqi Jews END_OF_DOCUMENT_TOKEN_TO_BE_REPLACED

“The break-up of Yugoslavia and its division has been planned for a long time. My service was responsible for relations with Slovenians. It was with Slovenians who were at the top of the state security of Yugoslavia. I was their guest. And they told me what was happening in Kosovo. Slovenia was already independent at the time, but they told me that Kosovo’s muslim terrorists had been spreading terror from the 1970s and who supported them.” – Yako Kedmi, Ex Israeli Intelligence Chief END_OF_DOCUMENT_TOKEN_TO_BE_REPLACED

“This group of people will turn crazy violent if they don’t get what they want so you should let them in.” #MuslimBan
@MontyDraxel

“How to make terrorists:
1. Ban everyone from a certain group from entering the country.
2. Wait. ”
@ Kumailn

END_OF_DOCUMENT_TOKEN_TO_BE_REPLACED 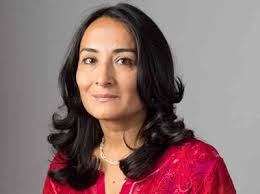 What I’ve seen on the Left unfortunately, as a life-long Liberal, is immediately after the election of President Donald Trump, what we have seen is a concentrated, orchestrated effort to try and undermine the presidency as if we’re living on the set of the “Hunger Games.” — Asra Q. Nomani
END_OF_DOCUMENT_TOKEN_TO_BE_REPLACED 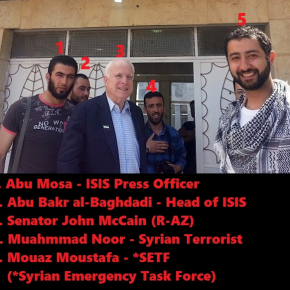 END_OF_DOCUMENT_TOKEN_TO_BE_REPLACED

Wikileaks founder Julian Assange claims the U.S. attack on Libya created the means to arm ISIS.  Hacked Hillary Clinton emails, he asserts, show her involvement.   This stunning revelation should hardly be surprising to those familiar with her husband’s policies in the former Yugoslavia. “Assange says that in the collection of hacked emails his group has procured, 17,000 are “about Libya alone,” and … END_OF_DOCUMENT_TOKEN_TO_BE_REPLACED 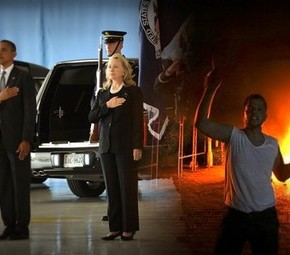 “…some of the very individuals the United States had helped remove from power during the Libyan revolution were the only Libyans that came to the assistance of the United States on the night of the Benghazi attacks,” the report said. The Clintons — Bill and Hillary — are an international scourge, truly a blight on … END_OF_DOCUMENT_TOKEN_TO_BE_REPLACED

The Arab world is pushing back on the U.S. policy of destabilization in the Middle East. Egypt and the United Arab Emirates launched air strikes in Libya against Islamist militias, the rebels the U.S. backed in its war to topple Gaddafi.   It’s not hard to see why. The U.S. sold advanced weapons systems to Qatar … END_OF_DOCUMENT_TOKEN_TO_BE_REPLACED

It is becoming increasingly evident that the Leftist activists in the West are acting as instruments of U.S. foreign policy in the Middle East— championing positions that are in fact directly aligned with the aims of the Western ‘imperialists’ they claim to oppose. — Adara Press END_OF_DOCUMENT_TOKEN_TO_BE_REPLACED