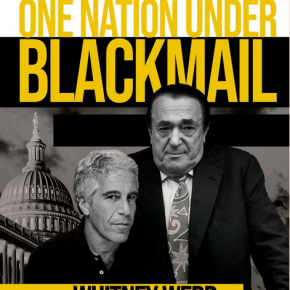 Journalist Whitney Webb has worked to uncover some of the most dangerous stories of our lifetime, and she joins Glenn to reveal just how eye-opening it’s been. Her new two-volume book, “One Nation Under Blackmail: The Sordid Union Between Intelligence and Crime that Gave Rise to Jeffrey Epstein,” examines Epstein’s elaborate network of corruption and … END_OF_DOCUMENT_TOKEN_TO_BE_REPLACED 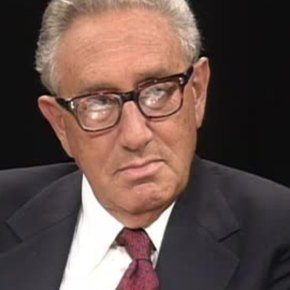 Before the start of the bombing, it was conventional wisdom in Washington that Serbia’s historic attachment to Kosovo was exaggerated and that Slobodan Milosevic was looking for a pretext to get rid of the incubus it represented—which a few days of bombing was supposed to supply. But what if Serbia, the country that fought the Turkish and Austrian empires and defied Hitler and Stalin at the height of their powers, did not yield? How far were we willing to go?” …

“Several fateful decisions were taken in those now seemingly far-off days in February, when other options were still open. The first was the demand that 30,000 NATO troops enter Yugoslavia, a country with which NATO was not at war, and administer a province that had emotional significance as the origin of Serbia’s independence. The second was to use the foreseeable refusal as justification for starting the bombing.

Author Dr. Naomi Wolf warns Washington to surrender US sovereignty to the Chinese-dominated World Health Organization.
“This is where we are, and I predicted this about 13 months ago. I said there will come a time when things will start coming to us so quickly… and it will be one crisis after another, and I told you exactly what they would be… disruptions in the food supply, disruptions in the energy grid, disruptions in the cyber grid, and there would be a reason not to have the midterms. … President Biden extended the state of emergency last month, but with no terminus date…. Our southern border is open. There are fighting age men pouring over from Afghanistan and Ukraine… going to places around the country. … You’ve already got in place all the elements of a war.” END_OF_DOCUMENT_TOKEN_TO_BE_REPLACED

“The people in attendance thought that this excess 80 percent population would be a trash population and “high-tech” means should be used to eliminate them gradually.” – General Chi Haotian, Chinese Communist Party, 2003

“We have no option. If it isn’t controlled voluntarily, it will be controlled involuntarily by an increase in disease, starvation and war.” ― Philip, Duke of Edinburgh [1] END_OF_DOCUMENT_TOKEN_TO_BE_REPLACED 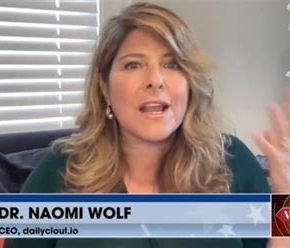 https://rumble.com/v122tg3-the-pfizer-investigation-covid-vaccine-lacked-proper-quality-controls.html Go to the 4:58 minute mark to watch Dr. Naomi Wolf’s discussion of the German – China BioNTech collusion. Adara Press brought this to light nearly year ago. Until now, it had been largely ignored, even by alternative media. The deal between Germany and China was reached in March of 2020: “In the deal … END_OF_DOCUMENT_TOKEN_TO_BE_REPLACED

When SWIFT disconnected Russian banks from its system, it broadcast a powerful, history-changing message to the world: If you want to have reliable commerce on a global scale, don’t use SWIFT or the dollar. Otherwise, your nation (or bank, or business, etc.) can be cut off at any time merely because you have a political disagreement with the Biden regime.

Thus, right now there is a mass exodus away from reliance on the SWIFT system. There’s also a rush out of the dollar itself as international companies dive into the Chinese yuan as a more stable currency that can still engage in financial transactions with Russia. This is why the yuan is exploding in value right now, by the way. END_OF_DOCUMENT_TOKEN_TO_BE_REPLACED 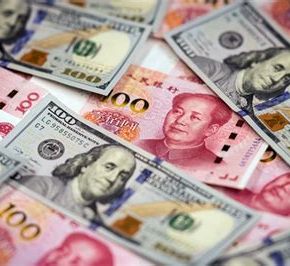 I’m going to de-dollarize myself

So the US itself, in another massive strategic blunder, will speed up de-dollarization. As the managing director of Bocom International Hong Hao told the Global Times, with energy trade between Europe and Russia de-dollarized, “that will be the beginning of the disintegration of dollar hegemony.”…

END_OF_DOCUMENT_TOKEN_TO_BE_REPLACED

In mid-December of 2021, Joe Biden was telling President Zelenskyy the entry of Ukraine into NATO was up to Ukraine.  If they want in, they’re in.

This is a red line for Russia, Joe Biden knew it.  Vladimir Putin had been very clear about his opposition, and everyone knew it.  Russia would never concede allowing Ukraine to enter NATO.

Worth noting, this is the same December 2021, time frame when the U.S. intel community and Dept of State were talking to China about the Russian troop buildup, per the New York Times info.

The Biden administration is not stupid enough to tell Zelenskyy he’s about to enter NATO without knowing this would trigger a definitive military response from Putin.

“Trudeau and Desmarais guided Canada’s relationship with Beijing, with Trudeau as prime minister pushing closer relations with the regime while Desmarais cashed in on significant deals with Beijing’s elite,” Schweizer writes. “When Trudeau retired from politics, he went to work at Power Corporation, further nurturing those deals and becoming wealthy in the process.” END_OF_DOCUMENT_TOKEN_TO_BE_REPLACED

[WASHINGTON, D.C. – Jan. 10, 2022] Project Veritas has obtained startling never-before-seen documents regarding the origins of COVID-19, gain of function research, vaccines, potential treatments which have been suppressed, and the government’s effort to conceal all of this.

The documents in question stem from a report at the Defense Advanced Research Projects Agency, better known as DARPA, which were hidden in a top secret shared drive.

DARPA is an agency under the U.S. Department of Defense in charge of facilitating research in technology with potential military applications.

Project Veritas has obtained a separate report to the Inspector General of the Department of Defense written by U.S. Marine Corp Major, Joseph Murphy, a former DARPA Fellow.

According to the documents, NIAID, under the direction of Dr. Fauci, went ahead with the research in Wuhan, China and at several sites across the U.S. END_OF_DOCUMENT_TOKEN_TO_BE_REPLACED