The Authority seeks to procure a framework agreement for temporary body storage in the event of an excess deaths situation for the 32 London boroughs and the City of London, led by Westminster City Council. The framework agreement will appoint a single provider and will be for a period of 4 years.

Documents published by the Scientific Advisory Group for Emergencies (SAGE) today warned a future strain could be as deadly as MERS — which has a case fatality rate of 35 per cent — could be on the way.

No10’s expert panel claimed the likelihood of the virus mutating is highest when it is most prevalent — as is currently the case in Britain.

And in a downside of Britain’s hugely successful vaccination drive, the team warned the country’s greater levels of immunity may help speed up the virus’s evolutionary process…

The prospect of a deadlier variant is a ‘realistic possibility’ and would have a huge impact on the UK’s death toll moving forward, the scientists said.
END_OF_DOCUMENT_TOKEN_TO_BE_REPLACED

“The family saw themselves as German. They were very comfortable speaking German at home, and Edward, on several occasions, referred to German as his mother language, as his Muttersprache.” — Professor Jonathan Petropoulos, Author of Royals and the Reich END_OF_DOCUMENT_TOKEN_TO_BE_REPLACED 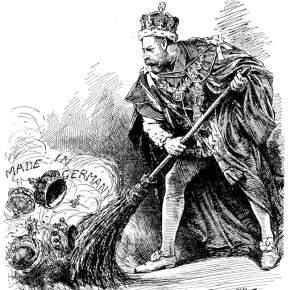 On 17 July 1917 King George V issued a proclamation declaring “The Name of Windsor is to be borne by His Royal House and Family and Relinquishing the Use of All German Titles and Dignities.”

On 13 June 1917, the Germans began daylight raids on Britain and in one of the first attacks 18 children were killed when a bomb fell directly onto Upper North Street School in Poplar. German Gotha bombers carried out the strike – by coincidence, the same name as the royal family. END_OF_DOCUMENT_TOKEN_TO_BE_REPLACED

UK police invade this family’s home. The cops then physically force the woman face down on the floor and handcuff her as her terrified children scream in horror.

What is her crime?

Singing in her garden. END_OF_DOCUMENT_TOKEN_TO_BE_REPLACED 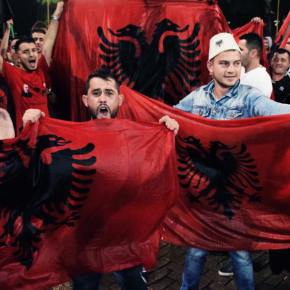 “It’s been an open secret for years that thousands of Albanians were getting refugee status here by saying they were from Kosovo. It used to be the fasttrack route into Britain and lots of people took it.

“There was a network that included traffickers and intermediaries. People were told to say they were from Kosovo – it never failed.” END_OF_DOCUMENT_TOKEN_TO_BE_REPLACED

“At the termination of the World War, Alexander brought about a political union creating a powerful and resourceful State. This was hailed with joy by all the Slavs of the Balkans, but it took time before the people found themselves in the new conditions. […]

It was the Serbians who fought the battles for freedom and the price of liberty was paid in Serbian blood. All true Croatians and Slovenes remember that gratefully. They also know that the Serbians have an unequaled aptitude and experience in warfare and are best qualified to direct the forces of the country in a crisis.

Ever since united Yugoslavia came into being through Alexander’s efforts, political enemies have done all they could to disrupt it by sowing seeds of discord and disseminating malicious reports. […]
Alexander will live long in the memory of his people, a heroic figure of imposing stature, both the Washington and Lincoln of the Yugoslavs; like Washington an able and intrepid general who freed his country from oppression; like Lincoln a wise and patriotic leader who suffered martyrdom.”

So, Berlin, at the time it was Bonn, thought that Serbian resistance contributed to German defeat in world wars. These people were to be punished.

Secondly, the next German idea was to reward Croats and Muslims who joined Germany and occupied certain positions in France during the war, to thank them because they chose German side…

END_OF_DOCUMENT_TOKEN_TO_BE_REPLACED 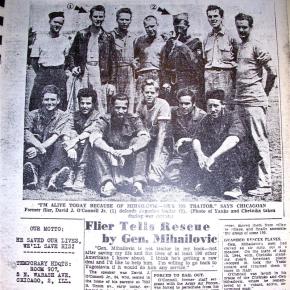 ” Unfortunately those of us who lived with these people are few and far between, but believe you me, never will we forget how the men and women of Serbia unquestioningly risked their very lives for us, clothed us, and gave us shelter when they themselves were ill-clad, cold and hungry… I vowed to myself that if I could ever possibly begin to replay these people for all they had done for me, I wouldn’t hesitate to do so. Unfortunately, what little I might be able to do would not even pay the interest on my debt to the Serbian people. I suffer with them in their present plight, and in the injustice rendered to them by the American press as well as the American and British Governments.”