The Al Qaeda linked Albanian narco-terrorists installed into power in the Serbian province of Kosovo have been only too eagar to generously  reward their American benefactors for having used NATO to bomb the Serbia people for 78 days on their behalf. The cost of this unauthorized, utterly obscene, military campaign has been estimated … END_OF_DOCUMENT_TOKEN_TO_BE_REPLACED 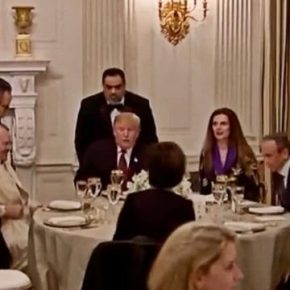 More evidence President Trump is continuing the criminal, destablizing policies of Bill and Hillary Clinton in the Serbian province of Kosovo and Methohija on behalf of the Naro-Terrorist, Al Qaeda-linked Albanian regime responsible for heroin smuggling into Europe, human sex trafficking, and organ harvesting of Serbian and other non-Albanian prisoners. Currently, there are five … END_OF_DOCUMENT_TOKEN_TO_BE_REPLACED

The 44 year old Thaci was a personal protégé of Clinton Secretary of State Madeleine Albright during the 1990s, when he was a mere 30-year old gangster. The KLA was supported from the outset by the CIA and the German BND. During the 1999 war the KLA was directly supported by NATO. At the time he was picked up by the USA in the mid-1990s, Thaci was founder of the Drenica Group, a criminal syndicate in Kosovo with ties to Albanian, Macedonian and Italian organized mafias. A classified January 2007 report prepared for the EU Commission, labeled “VS-Nur für den Dienstgebrauch” was leaked to the media. It detailed the organized criminal activity of KLA and its successor Democratic Party under Thaci.” END_OF_DOCUMENT_TOKEN_TO_BE_REPLACED 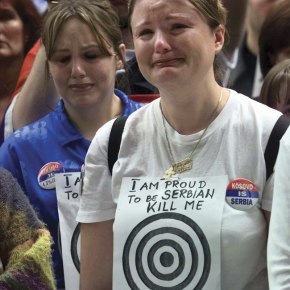 20 years ago today, U.S. President Bill Clinton, using the power of his office, went to war against the Serbian people; he attacked a tiny European nation that had been America’s ally in both World War I and World War II. The Serbian people were in stunned, horrified disbelief. Even today, they cannot grasp why … END_OF_DOCUMENT_TOKEN_TO_BE_REPLACED 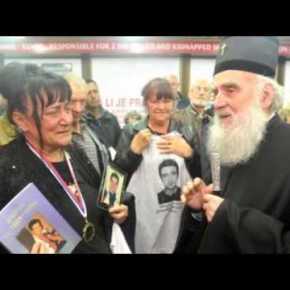