[I]t now emerges that in late 1946 the Labour government of Clement Attlee asked MI6 for “proposals for action to deter ships masters and crews from engaging in illegal Jewish immigration and traffic,” adding, “Action of the nature contemplated is, in fact, a form of intimidation and intimidation is only likely to be effective if some members of the group of people to be intimidated actually suffer unpleasant consequences.” Among the options contemplated were “the discovery of some sabotage device, which had ‘failed’ to function after the sailing of a ship,” “tampering with a ship’s fresh water supplies or the crew’s food,” and “fire on board ship in port.” Sir Stewart Menzies, the chief of the SIS, suggested these could be blamed on an invented Arab terrorist group called The Defenders of Arab Palestine. END_OF_DOCUMENT_TOKEN_TO_BE_REPLACED

“Research in the archives of the French army, intelligence branch and Foreign Ministry has revealed many details about how British intelligence personnel and generals in Egypt manipulated Faruq to join in the war against Israel. Among other tactics, British agents made use of the Muslim Brotherhood movement. Thousands of the organization’s members attacked and plundered Jewish and foreign property and demonstrated on the streets of the cities, demanding that the king order the army to take action to save Al-Aqsa Mosque in Jerusalem and Palestine’s Muslims.”

“Boldly and without shame the British Foreign Office defied the United Nations International Committee and the rudiments of decency by the shameful declaration that Great Britain will continue to furnish arms to TransJordan,” Mr. Klein said.

BRITAIN AIDS ARABS AS NEVER BEFORE

Britain is now supporting the Arabs more than ever before in her history, the Near East Arab Broadcasting Station said yesterday, quoting Arab News Agency dispatch from the U.S. END_OF_DOCUMENT_TOKEN_TO_BE_REPLACED

“I’m here to argue, and I’m prepared to argue this for the rest of my life, that the Jews in this city are not settlers. They’re here as of right.

The Jews that are in this city are not wrongfully here. They’re here as of right.

And I’m referring to international law.”

“I am appalled, as a lawyer and a legal rights advocate, at the lack of justice done to the Jewish people…How dare they demand that all Jews leave Old Jerusalem and the rest of Judea and Samaria?” — Dr. Jacques P. Gauthier

END_OF_DOCUMENT_TOKEN_TO_BE_REPLACED 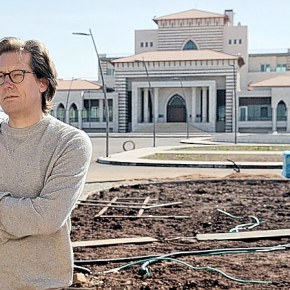 That’s right. The more deadly and heinous the attack, the more Jews an Arab terrorist murders, the more money they and their families receive, compliments of the United Kingdom, and other Western powers. They’re outsourcing and incentivizing genocide. END_OF_DOCUMENT_TOKEN_TO_BE_REPLACED

“Right from the start, it was obvious right to both the Arabs and the Jews, that the British Administration was anti-Zionist, and strongly against the return of the Jews.  And from that time on, there wasn’t either a military governor … or even a civil governor who wasn’t tainted with antisemitism.” END_OF_DOCUMENT_TOKEN_TO_BE_REPLACED 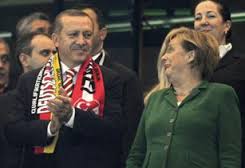 Away from the reach of Russian bombs, Turkey and Qatar are extending their destabilization efforts by flying ISIS commanders into Europe according to  counter-terrorism expert Dzevad Galijašević. It makes sense. While the rest of the army arrives on foot as “migrants”– now potentially tens of thousands strong — the Islamic State commanders are being flown in as “tourists” and provided with hotel vouchers … END_OF_DOCUMENT_TOKEN_TO_BE_REPLACED 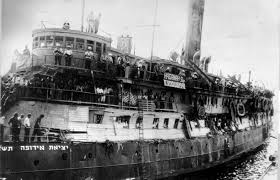 Britain’s notorious White Paper of 1939 which effectively cut off Jewish immigration to Palestine on the eve of the Holocaust was a death sentence for millions of European Jews trapped in Europe. After World War 11, British perfidy persisted and the 1939 White Paper remained the basis of British policy. Its cruel provisions kept wretched survivors of the Holocaust trapped and homeless in displaced persons’ camps in hostile European nations or behind barbed wire in detention camps in Cyprus. END_OF_DOCUMENT_TOKEN_TO_BE_REPLACED

YouTube Notes: After World War II, a group of private American citizens banded together in a clandestine effort to transport Holocaust survivors to Palestine. On July 11, 1947, in the port of Sête, France, 4,500 Jewish refugees were crammed into the hull of a decrepit steamship, later named Exodus 1947. A British blockade intercepted … END_OF_DOCUMENT_TOKEN_TO_BE_REPLACED

The video dispels certain myths concerning the origin of the name ‘Palestine’ and of the ‘Arab Palestinians.’ It documents that the ‘Arab Palestinians’ are in fact mostly from other places, and migrated to what is now Israel at the same time as the Zionist Jews, many of them because of the economic boom that the Zionist Jews produced in what was then British Mandate Palestine. The Zionist Jews did not steal the “best” land from Arab landowners but in fact purchased abandoned desert and swamp land from absentee Arab landlords who were quite eager to sell. This was explained by Hajj Amin al Husseini himself. Husseini, father of the Palestinian movement, launched his fourth terrorist attack against the Jews of the Mandate in 1936-39. The violence was so great that the British sent a team to investigate. When questioned, Husseini admitted that the Zionist Jews had not stolen anybody’s land but in fact had bought it. In fact, Husseini had been among the major consolidators and sellers of land, and growing tremendously rich by it. END_OF_DOCUMENT_TOKEN_TO_BE_REPLACED