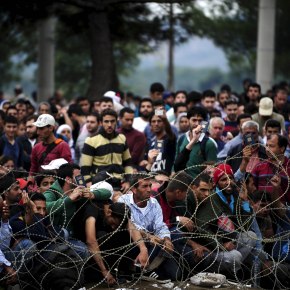 Political analyst Milenko Nedelskoski asserts that 90 percent are men. Of those men, he explained in an earlier report, some 80 percent are no older than 35 years of age.

These are men of fighting age — descending on the Balkans, on Macedonia and Serbia in the thousands.
END_OF_DOCUMENT_TOKEN_TO_BE_REPLACED

Israel doesn’t trust the United States.  And with good reason.  The United States handed over the US trained and equipped Iraqi military to Iran.   In fact, it handed over Iraq to Iran.  And now it’s made an agreement with Iran that not only enables it to develop nuclear weapons, but commits the West to aiding Iran defend it’s program from … END_OF_DOCUMENT_TOKEN_TO_BE_REPLACED

Translation: Kawl han’shama she’natata bi All the soul which you placed in me – Elohai…… My God… Ken, yesh harbei hester panim Yes, there is a lot of secrecy and deceit. V’ahavot she’i efshar And loves that cannot be. Kmo she’anu noladim As we are born El toch hachayim Into this life. Mah nish’ar? What … END_OF_DOCUMENT_TOKEN_TO_BE_REPLACED

“While Israelis have been holding rallies to condemn terror attacks against our people, we have been celebrating the killing of Jews. How many times have we taken to the streets to hand out sweets and candies in jubilation over the killing of Jews? Such sickening scenes of men and women celebrating terror attacks against Jews on the streets of the West Bank and Gaza Strip have never been condemned by our leaders. These scenes have become commonplace each time Palestinian terrorists carry out an attack against Jews.” — Bassam Tawil END_OF_DOCUMENT_TOKEN_TO_BE_REPLACED

“Iranian terrorism has a long history on European soil. In 1989, Iranian agents executed Abdol-Rahman Ghassemlou, head of the Kurdistan Democratic Party of Iran, in Vienna.

Judge for yourself: Members of the 9/11 Commission staff testified that Iran aided the hijackers by concealing their travel through Iran to access al Qaeda training camps in Afghanistan. Iranian border inspectors refrained from stamping the passports of 8 to 10 of the 9/11 hijackers because evidence of travel through Iran would have prevented the … END_OF_DOCUMENT_TOKEN_TO_BE_REPLACED 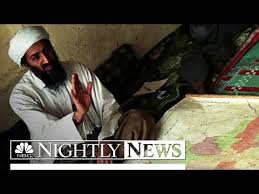 “[D]ocuments captured in the raid on Osama bin Laden’s compound includes explosive information on Iran’s relationship with al Qaeda over the past two decades, including details of Iran’s support for al Qaeda’s attacks on Americans…” END_OF_DOCUMENT_TOKEN_TO_BE_REPLACED