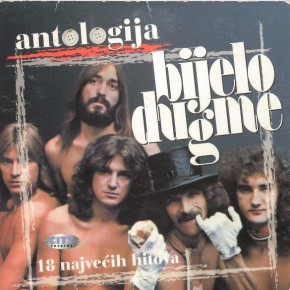 These people had a beautiful life in a beautiful country: Yugoslavia. The list of war criminals is long. First among them is Joe Biden, Bill and Hillary Clinton, Madeline Albright, Wesley Clark, Richard Holbrook and their many counterparts in the UK, Germany, Belgium, Spain, Italy. None has been brought to justice. Each should have been … END_OF_DOCUMENT_TOKEN_TO_BE_REPLACED 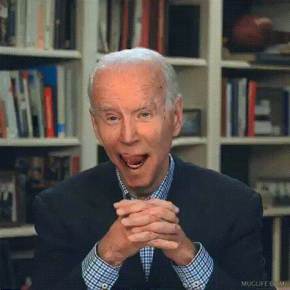 00:00 i will continue
00:03 with every fiber in my being 00:07 to keep america involved
00:10 with troops that can shoot and kill
00:14 to protect the rights of the albanians
00:19 wherever they reside in the balkans
00:23 we should stay till the job is finished END_OF_DOCUMENT_TOKEN_TO_BE_REPLACED

KLA leader Thaci was the only problem, because he was demanding the inclusion of a referendum on independence. So Albright was despatched on St. Valentines Day to take charge of winning him over. Veton Suroi, a political rival of the KLA involved in the talks, gives a candid description of Albright’s message to Thaci: “She was saying, you sign, the Serbs don’t sign, we bomb. You sign, the Serbs sign, you have NATO in. So it’s up to you.” END_OF_DOCUMENT_TOKEN_TO_BE_REPLACED

Joe Biden was the primary sponsor of the March 1999 Kosovo war authorization for military action against Serbia and Montenegro, S. Con. Res. 21. (As a little remembered historical note, Biden’s resolution might be seen as the last nail in the coffin of Congress’s constitutional war power. While S. Con. Res 21 passed the Senate, it failed in the House on a 213-213 tie vote, with Republicans overwhelmingly voting Nay. It didn’t matter. Bill Clinton, reeling from the Lewinsky scandal, went ahead with the bombing campaign anyway.)

But for Jihad Joe even that wasn’t punishment enough for people he collectively demonized as “illiterate degenerates, baby killers, butchers, and rapists.” In May 1999, at the height of the NATO air assault, he called for the introduction of U.S. ground troops (“we should announce there’s going to be American casualties”) followed by “a Japanese-German style occupation.” END_OF_DOCUMENT_TOKEN_TO_BE_REPLACED

A report by RIEAS (Research Institute for European and American Studies) said a “confidential police report reveals 42 Albanian criminal
organizations operate in Greece. It states “3,000 Albanian criminals are active in the transportation and distribution of cannabis and heroin, while 2,500 Albanians are arrested each year in Greece for robberies, thefts and burglaries.” Sources from the Citizen’s Protection Ministry “estimate that 3,000 Albanians who live in Greece (many legally) own AK-47 rifles and unknown quantities of ammunition.”

Serbianna reported in Sept. 2012 that Greek security services are taking a special interest in Albanian extremist groups in Greece, Albania, Kosovo and FYROM, considering them to a threat to social stability. The report stated that incidents involving Albanian smugglers and narcotics showed the ulterior motive of the crimes was to raise capital for Greater Albanian extremist nationalist purposes to annex Greek Epiros to Albania.
END_OF_DOCUMENT_TOKEN_TO_BE_REPLACED

“We wage no war, but we are called upon to enforce a peaceful solution in Kosovo by military means” ~ Gerhard Schröder, Chancellor of Germany

This film shows how the population was misled from the very first day of the Kosovo War. ~ by Jo Angerer and Mathias Werth. END_OF_DOCUMENT_TOKEN_TO_BE_REPLACED

In 2014, a European Union task force confirmed that the ruthless cabal that Clinton empowered by bombing Serbia committed atrocities that included murdering persons to extract and sell their kidneys, livers, and other body parts. Clint Williamson, the chief prosecutor of a special European Union task force, declared in 2014 that senior members of the Kosovo Liberation Army (KLA) had engaged in “unlawful killings, abductions, enforced disappearances, illegal detentions in camps in Kosovo and Albania, sexual violence, forced displacements of individuals from their homes and communities, and desecration and destruction of churches and other religious sites.” END_OF_DOCUMENT_TOKEN_TO_BE_REPLACED

His Kosovo lies and repeated plagiarisms suggest Joe Biden is mentally unfit for the Office of the President:

In 1981 nobody had even heard of Slobodan Milosevic, but Albanian separatists in Kosovo were rioting and carrying out deadly attacks against Yugoslav security forces. When the New York Times reported on the rioting they called it “the worst riots in Yugoslavia since World War II”.17

In 1982 Becir Hoti, an ethnic Albanian official in Kosovo’s government, explained the situation to the New York Times saying, “The nationalists have a two-point platform. First to establish what they call an ethnically clean Albanian republic and then the merger with Albania to form a Greater Albania.”18

Biden must have known that the Albanians had been making threats and carrying out attacks against the Serbs for years before serious fighting broke out in 1998. A man in his position would have had to know.

END_OF_DOCUMENT_TOKEN_TO_BE_REPLACED 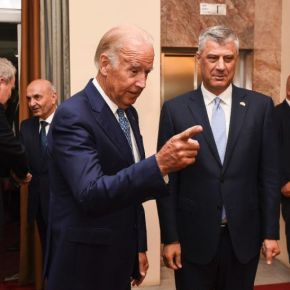 “I was suggesting we bomb Belgrade. I was suggesting that we send American pilots in and blow up all the bridges on the Drina.” – Joe Biden END_OF_DOCUMENT_TOKEN_TO_BE_REPLACED

The indictment is for a range of crimes against humanity and war crimes, including murder, enforced disappearance, persecution and torture. It says the group is criminally responsible for nearly 100 murders, and notes that the victims were Serbs, Kosovo Albanians and other ethnicities, and included political opponents.

Wednesday’s statement makes it clear that the pre-trial judge had not yet confirmed the charges, but the prosecutor’s office said it was taking the unusual step of making the charges public before that point because of Thaçi’s repeated efforts to “obstruct and undermine” the court’s work. END_OF_DOCUMENT_TOKEN_TO_BE_REPLACED