The humanitarian organizations in Germany were shocked that the Albanians were doing exactly what they had accused the Serbs of doing.  All of us Westerners went
to Kosovo Pro Albanian. we’d all read in the press how the Serbs were were ethnically cleansing the Albanians from Kosovo so we all went there very Pro Albanian but as one American soldier told me later he said we all came out here to defend the Albanians but I think we backed the wrong side that the Albanians who are committing genocide
against their minorities…” ~ Paul Polansky END_OF_DOCUMENT_TOKEN_TO_BE_REPLACED

Like a political cult’s fantasy park, a 10-foot statue of a waving Bill Clinton leers over Bill Clinton Boulevard not far from the Hillary clothing boutique. A metal bust of President Clinton’s former secretary of state, Madeleine Albright, lurks in the park nearby. Out of town, near an American military base, a 20-mile stretch of road is named after Joe Biden’s late son. A congressman from the Bronx, Eliot Engel, not only got his own boulevard but earned his face on a postage stamp.

It sounds like a freak show for The Swamp, and it’s real. All made possible with $2 billion of the American taxpayers’ money. Add an extra big bill for American troops there — not to protect the place from foreign invaders or to secure American vital interests — but to keep the locals from killing one another. The freak show is called Kosovo. ~ J. Michael Waller END_OF_DOCUMENT_TOKEN_TO_BE_REPLACED

The video you are watching shows footage of Arab Muslim Mujahideen (Odred El Mudzahidin) being brought into Bosnia on UN transports to carry out part of the Islamic war against the non-believers, in this case the Serbs. Formed under the orders of the Bosnian Presdient Alija Izetbegović, the Mudzahidin, also know as the ‘7th Muslim … END_OF_DOCUMENT_TOKEN_TO_BE_REPLACED 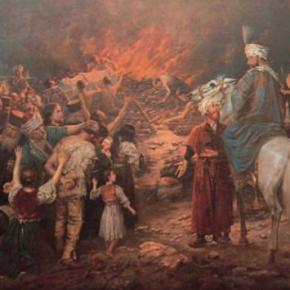 Aside from the names of communities, all of which are Serbian, the Turks were also recording the names of other landmarks.  In the 480 page long document, there is not one community, hill, river, or mountain with an Albanian name.” END_OF_DOCUMENT_TOKEN_TO_BE_REPLACED

Hodges is currently in the employ of the Center for European Policy Analysis as its Pershing chair in strategic studies and as a partner in Berlin Global Advisors.

In a NPR op-ed Hodges, has been highly critical of President Donald Trump, condemning his “wrecking ball” approach towards America’s European allies in Brussels during a NATO summit in 2018.  Hodges complains Trump, “publicly humiliated our most important allies” — mostly notably the German Chancellor, Angela Merkel.  Given his once high ranking position in the U.S. military, General Hodges is curiously sympathetic  to the German position.    In that same NPR opinion piece he argues,

“Germany is our essential ally: We need Germany to be a part of everything that is important to us because the German brand is so respected around the world.”

Serbs and Jews are unlikely to share Hodges view of the Germans, given both communities were murdered in enormous numbers in Nazi concentration camps in World War II at the hands of the Germans and their fascist Albanian, Croat and Bosnian- Muslim collaborators.  END_OF_DOCUMENT_TOKEN_TO_BE_REPLACED

“Based on DNA evidence at the scene in Livadice, it was determined that one of the potential culprits was Florim Ejupi. I asked that he and three other former KLA members be taken to UN detention where the investigation would continue. However, they were transferred to US camp Bondsteel, into the supposedly safest place in Kosovo, from where the Ejupi escaped,” said Karphamar.

It later emerged that Ejupi had been trained by the CIA, said the Swedish judge. END_OF_DOCUMENT_TOKEN_TO_BE_REPLACED

“I was dealing with grave criminal cases in Kosovo. Quickly I realized that the Serbs did not have any chance of getting justice in the courts there. The Albanians who committed serious crimes against Serbs were being released, while many Serbs were sentenced without a fair trial.” – Cristar Karphamar, first UN judge appointed to Kosovo after the US-led NATO bombing of 1999 END_OF_DOCUMENT_TOKEN_TO_BE_REPLACED 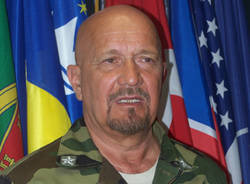 Rome – Mauro Del Vecchio, former General of Italian Army who led the unit of 7,000 soldiers that entered Kosovo in June of 1999 after end of NATO air strikes on Serbia told Italian ‘Panorama’ weekly that during the first three weeks of the mandate ‘reports on the found bodies of killed Serbs and Romas arrived on his table each morning’, but that was a taboo topic they were not allowed to speak about with journalists. END_OF_DOCUMENT_TOKEN_TO_BE_REPLACED

20 years ago today, U.S. President Bill Clinton, using the power of his office, went to war against the Serbian people; he attacked a tiny European nation that had been America’s ally in both World War I and World War II. The Serbian people were in bewildered, horrified disbelief. Even today, they cannot fathom why … END_OF_DOCUMENT_TOKEN_TO_BE_REPLACED 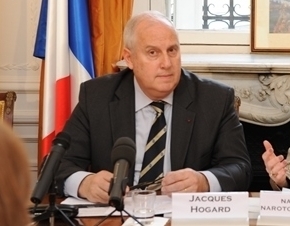