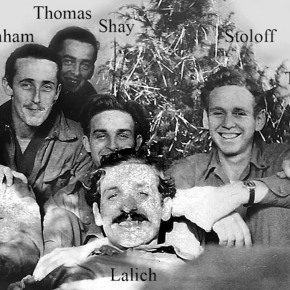 “I get a little emotional sometimes, when I talk about them. But they slept on the floor, while our American boys slept in their beds. They fed them food that they needed for their own family so our boys would be fed. I want to emphasize that we as a nation owe the Serbian people.” ~ Art Jibilian, O.S.S. Agent, “Operation Halyard” END_OF_DOCUMENT_TOKEN_TO_BE_REPLACED 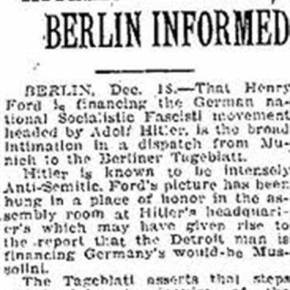 “I doubt the Americanism of that great industrialist, Henry Ford, for accepting that citation from Hitler. I think he is foolish to permit the world’s greatest gangster to give him a citation. I question the Americanism and the Christianity of Mr. Ford.” END_OF_DOCUMENT_TOKEN_TO_BE_REPLACED 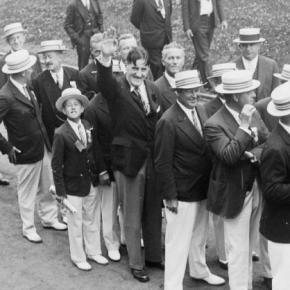 …the Harvard administration welcomed a top Nazi official, Ernst Hanfstangl, who was Hitler’s foreign press chief as well as a virulent antisemite, to the campus for his 25th class reunion.  The student newspaper, the Harvard Crimson, editorialized that the university should award Hanfstangl an honorary degree “as a mark of honor appropriate to his high position in the government of a friendly country.”  The joyous reception Hanfstangl received on campus was interrupted when a local rabbi confronted him and demanded to know what Hanfstangl had meant when he recently remarked that “everything would soon be settled for the Jews in Germany.”  The rabbi cried out, “My people want to know . . . does it mean extermination?”  Hanfstangl replied that he “[could] not discuss that.  I am on vacation.  I am with my old friends.”  The Nazi official proceeded to President Conant’s house for tea. END_OF_DOCUMENT_TOKEN_TO_BE_REPLACED 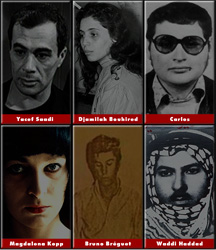 According to Arndt Heinz Marx, associate president (until his arrest in 1984) of the neo-Nazi National Socialist Front in Frankfurt, both Hepp and Marx trained in an El Fatah camp in Lebanon from July 1980 until June 1981 with a group of fifteen German neo-Nazis. “I was a member of El Fatah, a Fedayeen,” said Marx. “El Fatah and the PLO are fighting for the rights of their people as we are fighting for the German people. The Palestinians and ourselves have the same enemy: International Zionism, the Jews…”31

Marx added that guerillas training Lebanon were not intending to attack Israel directly, but were preparing “for combat in Europe.” END_OF_DOCUMENT_TOKEN_TO_BE_REPLACED

“Arming the military which, according to Resolution 1244 must not exist, is a violation of international law, trampling on German law, but it is also a message to Serbia. … To give weapons to Shiptar [Albanian] terrorists whose leaders have been indicted for war crimes in the Hague, and to hope for peace and stability in the region is either hypocrisy or madness,” Vulin said, as cited by the country’s Defense Ministry.

The minister added that when Germany shows its might, the world should worry about its future. END_OF_DOCUMENT_TOKEN_TO_BE_REPLACED 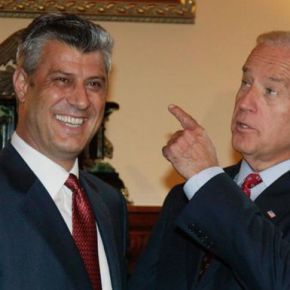 The indictment is for a range of crimes against humanity and war crimes, including murder, enforced disappearance, persecution and torture. It says the group is criminally responsible for nearly 100 murders, and notes that the victims were Serbs, Kosovo Albanians and other ethnicities, and included political opponents.

Wednesday’s statement makes it clear that the pre-trial judge had not yet confirmed the charges, but the prosecutor’s office said it was taking the unusual step of making the charges public before that point because of Thaçi’s repeated efforts to “obstruct and undermine” the court’s work. END_OF_DOCUMENT_TOKEN_TO_BE_REPLACED 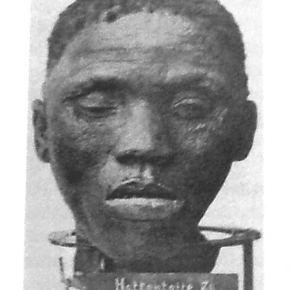 “…the Herero and the Nama did not prove quite as ‘inferior’ as the German occupiers thought. For years they stubbornly resisted being driven off their lands into the desert to die, despite huge loss of life at the hands of the Schutztruppe (colonial army) and their ‘cleansing patrols’.

But by 1905 the survivors were weary and weakened. The final straw came when the Kaiser issued an imperial decree expropriating the African lands.

Most of the Africans surrendered and were rounded up into concentration camps to build the colony’s new railways – gruelling work where men were routinely beaten and women workers systematically raped. on one section of the line, two-thirds of the prisoners died in 18 months.” END_OF_DOCUMENT_TOKEN_TO_BE_REPLACED 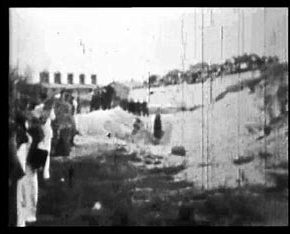 A German photographer, Reinhard Wiener, filmed the mass murder of Jews from Liepaja, Latvia, at a lighthouse south of Liepaja, in July 1941 END_OF_DOCUMENT_TOKEN_TO_BE_REPLACED 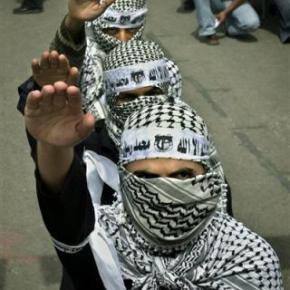 One of these young Palestinians was Yasser Arafat, who went on to become the leader of the Palestine Liberation Organization (PLO). The PLO was formed by Palestinian refugees seeking to claim land rights. It was their terrorist arm, Black September, that carried out the horrific kidnapping and murder of eleven Israeli athletes and coaches at the 1972 Olympics in Munich… END_OF_DOCUMENT_TOKEN_TO_BE_REPLACED 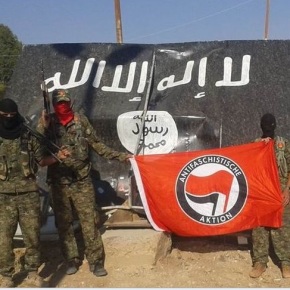 ‘Ties between three key leaders of the Oakland group [names redacted] met in Hamburg with a leader of the AQAP [Al Qaeda in the Arabian Peninsula] and the AQIM [Al Qaeda in the Islamic Maghreb],’ the report continued. ‘The leader from AQAP is an Egyptian-born male [name redacted] who is known to be in charge of finances and recruiting for the group.

‘There is evidence from informants that he is helping the Oakland group acquire the weapons they are seeking, primarily bomb making equipment and toxic chemicals and gasses.

‘One of the men from Oakland traveled to Syria to meet with ISIS; the purpose was for training in tactics, but was thought to be primarily a bonding visit to discuss possible massive disruptive attacks in the U.S.