“The family saw themselves as German. They were very comfortable speaking German at home, and Edward, on several occasions, referred to German as his mother language, as his Muttersprache.” — Professor Jonathan Petropoulos, Author of Royals and the Reich

Berlin May 13 [1926] – The Jewish population of Germany would have been segregated in concentration camps and its property confiscated if the monarchists would have succeeded in their plans.

It was revealed that the plotters were in contact with ex-Kaiser Wilhelm.

Among the documents was found the text of a constitution for the monarchistic government according to which a dictatorship was to be declared, the property of all Jews resident in Germany was to be confiscated and any one who concealed the confiscated property of Jews was to be punished by death. 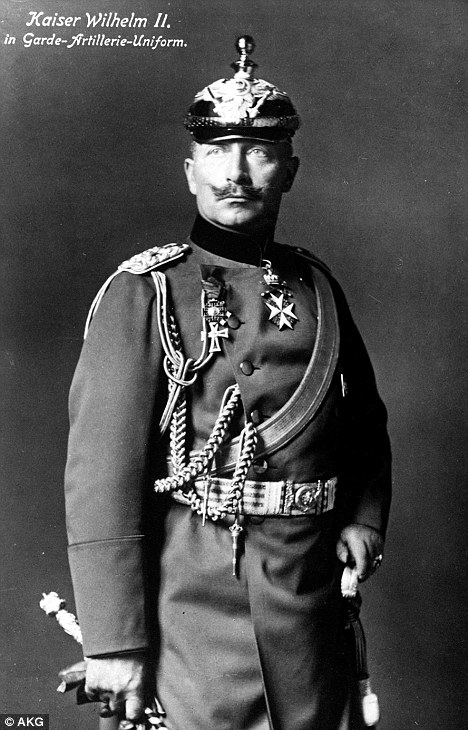 GERMANY: PROTECTOR OF RADICAL ISLAM
The Teutonic “superman” instinctively sensed that the Turkish Caliphate would be his natural ally.
By the turn of the century, the destinies of both countries were inextricably linked. In 1898, Kaiser Wilhelm II vowed Germany’s eternal friendship for the Muslim world as he stood with Turkish leaders before the tomb of Saladin the Great in Damascus.
During the years leading to the First World War, Berlin assumed more and more this role of “Protector of the Arabs” and “Savior of Islam,” a role which she has never relinquished. Even after the outbreak of war, with the encouragement of his German ally, the Ottoman Sultan-Caliph Muhammad Rashed invoked his subjects to rise in a jihad against the Western infidels.
http://germanywatch.blogspot.com/2013/07/germany-protector-of-radical-islam.html

British woman arrested for singing in her backyard

Queen Elizabeth II owns 10,312,500 square miles of the Earth’s surface — surpassing the states of Russia, China, and the U.S.A.