One hundred years ago, King George V changed the name of the British royal family from the German Saxe-Coburg and Gotha to the English Windsor 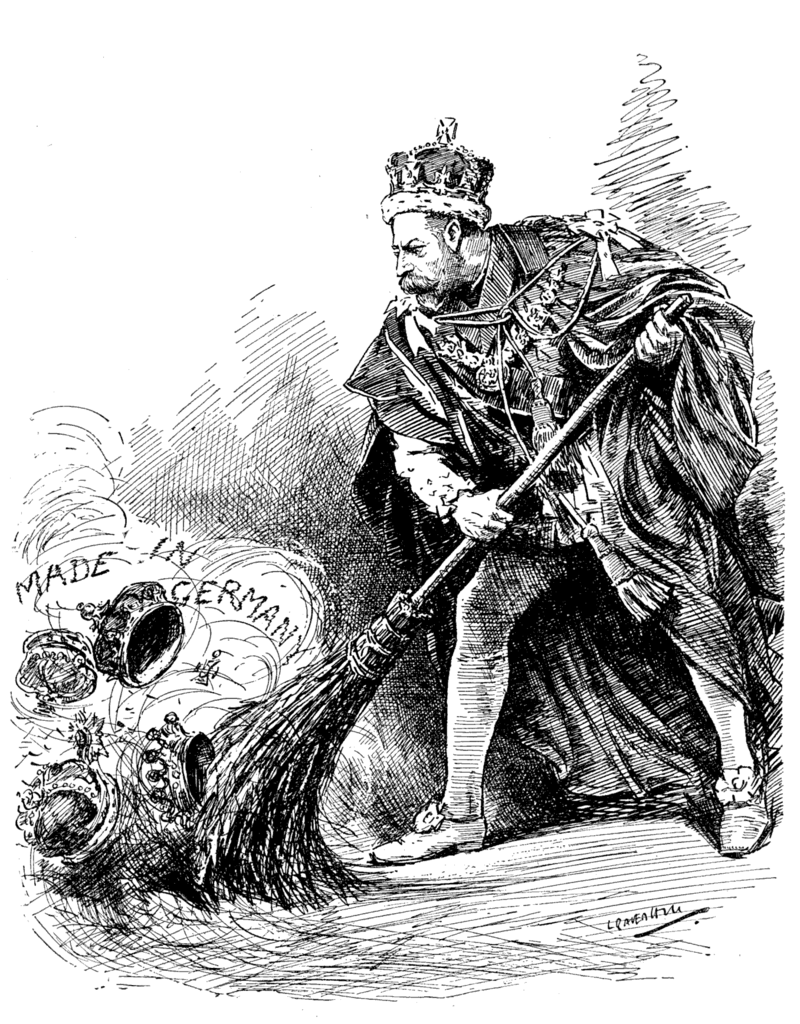 On 17 July 1917 King George V issued a proclamation declaring “The Name of Windsor is to be borne by His Royal House and Family and Relinquishing the Use of All German Titles and Dignities.”

The decision to adopt Windsor as the family name came amid strong anti-German feeling during the first world war. But the turning point was public anger at air raids over London, and in particular the bombing of a school in the East End.

On 13 June 1917, the Germans began daylight raids on Britain and in one of the first attacks 18 children were killed when a bomb fell directly onto Upper North Street School in Poplar. German Gotha bombers carried out the strike – by coincidence, the same name as the royal family.

News of the proposed name change first appeared in the Manchester Guardian in mid-June 1917.

This was accompanied by family tree illustrating the relationship between the royal house and the German families of Teck and Battenberg.Queen feared ‘slur’ on familyRead more

A week later, it was revealed which other royal names were to change.

Commenting on the name change, a Guardian editorial noted “The British Royal Family will no doubt be known in future simply as the House of Britain. War or no war, the change would be sensible, for nothing but pedantry keeps alive the German title.”

The House of Windsor… “The family saw themselves as German” — Professor Jonathan Petropoulos, Author of Royals and the Reich