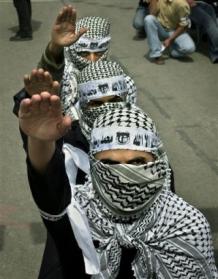 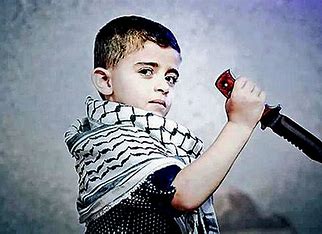 As detailed  in Post-War Terrorism & Nazi Money, Nazis provided terrorist training, legal defense, arms, and generous financial support for Arab – Islamic terrorists. This involvement was effectively obscured through the liberal, persuasive use of  Marxist, “anti-imperialist,” -anti-racist” ‘liberation’ rhetoric and iconography that provided the necessary cover for their criminal and terrorist activities.

In the aftermath of WW II these terrorist organizations continued to function as ‘stateless’ proxy militias and death squads for post-war Nazis.

They served another invaluable function:

These Nazi-created Arab death squads were then used to penetrate Leftist – Marxists militant groups who, in collaboration with the Arab “Palestinian” movement likewise carried out terrorist attacks against Jews.

That effort lives on in the BDS movement which is itself championed by Black Lives Matter, Antifa, the ANSWER/ International Action Center, and a multitude of Leftist/Progressive outfits.

One especially glaring example of this continuing Fascist – Left fusion can be found in the activities of the founder of the International Action Center, the former US Attorney General Ramsey Clark.  This revered icon of the Progressive – Left provided legal defense to Nazis war criminals.

Inside the “Third World” religion, many Nazi war criminals ironically enjoyed an invaluable rebirth as persons “of color”

FBI report: American anarchists met with ISIS and Al-Qaeda in Germany to receive help with bomb making and toxic chemicals and gases

What We Got Wrong About Nazis And Terrorists

“Terrorism, the Skorzeny Syndrome, is flourishing in the modern world, a reminder that Hitler and Nazism are still taking their toll more than three decades after the Third Reich collapsed.”
— Glenn B. Infield, biographer of Nazi commander Otto Skorzeny

On November 28, 1941, Adolf Hitler and Arab leader Mohammed Amin al-Husaini had a pivotal 90-minute meeting. New research has revealed that Hitler and the Mufti verbally cemented a pact to exterminate the Jewish population in Europe and in the Middle East

This critical meeting changed the course of history, and it likely represents the dawn of modern-day terrorism, according to the riveting book by Barry Rubin and Wolfgang Schwanitz Nazis, Islamists, and the Making of the Modern Middle East.

ISIS’s dream of a border-melting Islamic State echoes Hitler’s efforts to create a Third Reich in Europe. The escalating terror attacks in Orlando, Turkey, Dhaka, the Medina and Baghdad in response to ISIS’s recent loss of territory are reminiscent of terrorist tactics the Nazis resorted to as their dream was crushed near the end of World War II.

Shortly after al-Husaini and Hitler met, Hitler and his inner circle began to plan at the Wannsee Conference how they would carry out the genocide of Europe’s Jews. The alliance between al-Husaini and Hitler would eventually culminate in Nazi leaders relocating to the Middle East after World War II. There, they would spread their socialist and genocidal ideologies while training Arab jihadists in terrorist tactics.

The Nazi Origins Of Modern-Day Terrorism 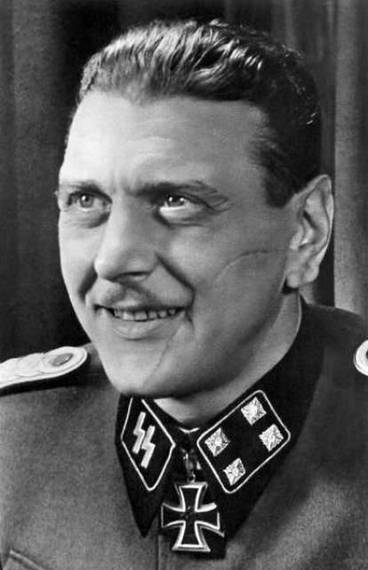 During the final months of World War II, Hitler saw his dreams for a Third Reich crumble as Allied Forces turned the tides of war. Hitler became increasingly desperate for results and for propaganda wins to maintain morale. He sought counsel from Otto Skorzeny, the leader of Operation Greif, which used German soldiers to infiltrate their opponents by adapting enemy languages, uniforms and customs. Skorzeny was the twisted genius who had dressed Nazi soldiers in American uniforms in an effort to spread rumors of Eisenhower’s assassination and demoralize the Allies. In 1943, Skorzeny led the rescue mission that freed Benito Mussolini from prison. In 1944, he organized a secret unit of German suicide bombers. 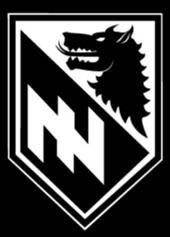 As the Nazi war effort failed, Hitler designated Skorzeny to create a new secret underground resistance movement—a terrorist unit called Werwolf. The Werewolves’ sole purpose would be to attack the Allies after the war was over. They were to perform random acts of violence around Europe, sabotage rebuilding efforts, and destabilize governments in a guerrilla effort to build the Third Reich.

Many of the Werewolves were captured by the Allied Forces or abandoned their posts before unleashing much terror on Europe, but some fled to the Middle East.

Skorzeny Sets Up Shop In The Middle East

One of these young Palestinians was Yasser Arafat, who went on to become the leader of the Palestine Liberation Organization (PLO). The PLO was formed by Palestinian refugees seeking to claim land rights. It was their terrorist arm, Black September, that carried out the horrific kidnapping and murder of eleven Israeli athletes and coaches at the 1972 Olympics in Munich. 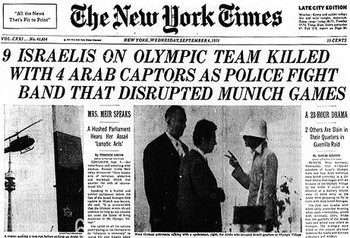 In his biography, Infield writes of the relationship between Skorzeny and Arafat and how Skorzeny advised the PLO and al-Fatah, the PLO’s military wing, from his base in Cairo.

An equal opportunity terrorist and mercenary, Skorzeny was eventually recruited by the Israeli Mossad and is believed to have carried out hits for them on German targets.

Skorzeny Spreads His Guerrilla Warfare Tactics Across The World

While Nazis were training aspiring jihadists in the Middle East, their methods were also proliferating elsewhere around the world. In West Germany, the Baader-Meinhof Group used Skorzeny’s civilian kidnapping and political disruption tactics to disrupt the West German state.

Skorzeny lived in Ireland from 1959-1969 and is suspected of training IRA militants in guerilla warfare and domestic terrorism tactics involving explosives, kidnapping, and sabotage, according to Nazis, Islamists, and the Making of the Modern Middle East.

Further afield, Rubin and Schwanitz report, the Weather Underground and the Symbionese Liberation Army both read up on Skorzeny’s methods when they were building their own movements.

We Need A Better Dialogue

The Nazi link to Islamic extremism and terrorist tactics is clear. Nazis, Islamists, and the Making of the Modern Middle East also explores the Nazi political influence on radical Islamic political organisations, including the Muslim Brotherhood (founded in Egypt in 1928) and the Arab Socialist Ba’ath Party of Syria founded in 1947. Former Nazis not only trained Islamic extremists in terror tactics, they also encouraged a nationalistic, socialist and genocidal political agenda in them.

I felt appalled as I read about this hidden history. Why isn’t the Nazi origin of modern-day terrorism discussed in the media? Why aren’t our leaders talking about this?

Terrorism has already taken many lives in the 21st century. We won’t be able to fight it effectively until we understand its root causes and origins.

Steve Mariotti, Contributor
Steve Mariotti is the founder of the Network for Teaching Entrepreneurship (NFTE) and an advocate for entrepreneurs worldwide.
https://www.huffpost.com/entry/what-we-got-wrong-about-n_b_10864118