Much had been learned from the Bosnian experience that would prove of immense tactical and political value to Iran, its proxies, and less obvious powerful allies.

According to Canadian military sources, the tactic of co-locating terrorist operations within U.N. zones had proven so effective in Bosnia in producing international condemnation of Yugoslav forces and the Serbs, the strategy would be employed again in Lebanon by the Iranian-backed Hezbollah militants in 2006 even as it resulted in the death of a high ranking Canadian officer serving as a United Nations military observer.

As ever, it relied upon the complicity of the international community. 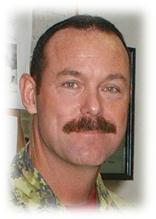 Despite official declarations by the United Nations at the highest levels that there was no Hezbollah activity near the U.N. posts in southern Lebanon, the comments of the Canadian Forces infantry officer who lost his life, Maj. Hess-von Kruedener, contained in an email he sent shortly before his death clearly exposed the UN claims as a blatant falsehood.

The Canadian officer reports in his email that “Hezbollah static positions in and around our patrol Base” were visible from his U.N. post noting “…that the lion’s share of fighting between the IDF [Israeli Defense Force] and Hezbollah has taken place in our area” to such an extent that it had become too dangerous to do regular patrols of the nearby villages.

Canadians officers knew exactly with what they were dealing. They’d seen it before— in Bosnia.

A former UN commander in Bosnia, also from Canada, laid out the significance of Maj. Hess-won Kruedener’s email to the Ottawa Citizen in 2006:

“What that means is, in plain English, ‘We’ve got Hezbollah fighters, running around in our positions, taking our positions here and then, using us for shields and then engaging the (Israeli Defence Forces),” he said.

That would mean Hezbollah was purposely setting up near the UN post, he added. It’s a tactic Maj.-Gen. MacKenzie, who was the first UN commander in Sarajevo during the Bosnia civil war, said he’s seen in past international missions: Aside from UN posts, fighters would set up near hospitals, mosques and orphanages.”

Even so, the UN Secretary General was only too willing to play along and wasted no time in seizing the opportunity to publicly condemn—not the Iranian backed Islamic militants endangering the lives of civilians and UN personnel—but Israel:

The question of Hezbollah’s infiltration of the area is significant because UN Secretary General Kofi Annan, speaking Tuesday just hours after the bombing, accused the Israelis of the “apparently deliberate targeting” of the [U.N.] base near Khiam in southern Lebanon.

A senior UN official, asked about the information contained in Maj. Hess-von Kruedener’s e-mail concerning Hezbollah presence in the vicinity of the Khiam base, denied the world body had been caught in a contradiction.

How about a lie? According to the article:

Even if Hezbollah was not firing rockets at the time of the bombing, Maj. Hess-von Kruedener’s e-mail indicates they were using a terrorist tactic of purposely drawing out enemy forces near a neutral site, said retired Capt. Peter Forsberg, who did two UN tours between 1993 and 1995 during the Bosnian war.

Now, five years after Canadian Maj. Hess-von Kruedener’s death, the Iranian proxy was seemingly repurposed again, this time in Libya where, as commander of US NATO forces Admiral James Stavridis candidly informed Congress, they were among the known terrorist organizations to have joined the Obama backed “rebels” in a brutal campaign to topple Gaddafi.