Despite his  proud service to both the Bush and Obama Administrations and close relationship to  former U.S. Secretary of State Madeline Albright, few were surprised to learn that “moderate” Muslim cleric  Feisal Rauf was attached to one of the chief sponsors of the 2010 anti-Israel Hamas “Flotilla” to Gaza: the Malaysia based Perdana Global Peace Organization.

Some may recall that in 2003, Mahathir famously stood before representatives of the 56 member Muslim nations of the Organization of Islamic Cooperation (OIC) , the single largest voting block at the United Nations, and declared:

The Europeans killed 6 million Jews out of 12 million, but today the Jews rule the world by proxy. They get others to fight and die for them…1.3 billion Muslims cannot be defeated by a few million Jews.

How is it possible that both Feisal Rauf, a U.S. establishment operative, and Michel Chossudosky, a Leftist academic and anti- U.S. establishment activist, share this same Pro – Hamas cause?  It’s a remarkably curious convergence.

For those unfamiliar,  Chossudovsky earned his progressive ‘street creds’ in part for his seemingly scathing critique of the Clinton-US/NATO war against the former Yugoslavia.

How odd.  It gets stranger.

In 2006, not long after the 79 day US-led NATO bombing of Yugoslavia, Imam Feisal Rauf boasted the following of his relationship with Madeleine Albright after a radio interview in the United States.  Here’s just a snippet of some of the fascinating things he had to say:

“I didn’t want to say it on your show but, you know, with for example Madeleine Albright’s book when she approached me last fall and… she invited me to write a blurb for her book and she is now pushing these ideas in many places, she is in constant communication with me, or continual communication with me…we have been in touch with her…and the issue of Hamas, and how America should really engage with them…” (you can –should– check out the rest here: https://adarapress.com/2012/10/25/sheiks-gone-wild-part-11-head-coach-rauf/)

Hamas is a branch of the Muslim Brotherhood, a widely loathed fascist organization that is receiving significant support from the Washington political establishment, yet is championed by those who represent themselves as opposed to U.S. foreign policy: Those like Michel Chossudovsky.

Like so many supposed Leftists in the West, Chossudovsky traffics in hysterical screeds that paint Israel as an imperialist predatory presence in the Mideast, which by threatening to attack Iran, imperils us all with possibility of planetary war and global annihilation, cynically using his influence to implore activists to rise up in defense of Iran against the Zionist scourge.

It is a curious position to take by one so informed, given how intimately, extensively and enthusiastically Iran —and not Israel–colluded with the Bill Clinton White House to violently dismember Yugoslavia, and sadistically crucify the Serbian resistance.

Most of these “criticisms” are lent a deceptive veneer of legitimacy and scholarship by being made under the banner of anti-imperialist, anti-capitalist, leftist “critical,” analysis advancing, ironically, the interests of the vehemently anti-Marxist Muslim Brotherhood, and the equally anti-Marxist, clerical-fascists of Iran. Both are inevitably portrayed as the downtrodden victims of Zionist cunning, imperialist warmongering and Jewish bloodlust originating, as ever, from the overly influential American Jewish lobby pulling the strings of American power, international finance and banking.

The similarities these pseudo-intellectual rants have to the “anti-imperialist” antisemitic propaganda employed by the Nazis via Arab and Persian language shortwave radio broadcasts during World War II are uncanny to say the least.

One such Nazi broadcast that married the threat of western imperialism and the Jewish menace came across the airwaves to Arab listeners on “Voice of Free Arabism’, 8:15 p. on July 7, 1942:

In the face of this barbaric procedure by the British we think it best, if the life of the Egyptian nation is to be saved, that the Egyptians rise as one man to kill the Jews before they have a chance of betraying the Egyptian people. It is the duty of the Egyptians to annihilate the Jews and to destroy their property. … You must kill the Jews, before they open fire on you. Kill the Jews, who have appropriated your wealth and who are plotting against your security. Arabs of Syria, Iraq, and Palestine, what are you waiting for? The Jews are planning to violate your women, to kill your children and to destroy you.

According to the Muslim religion, the defense of your life is a duty which can only be fulfilled by annihilating the Jews. This is your best opportunity to get rid of this dirty race, which has usurped your rights and brought misfortune and destruction on your countries.

Kill the Jews, burn their property, destroy their stores, annihilate these base supporters of British imperialism. Your sole hope of salvation lies in annihilating the Jews before they annihilate you.”

German political scientist and author Matthias Kuentzel offers important insight into the Nazi propaganda strategy that guided the development of content in its shortwave radio broadcasts to the Mid-East that then, as now with so many on the left, is tied to showing American policy in the Mideast as being directed by the Jews,

Thus, from late summer 1942 onwards, Radio Zeesen’s antisemitism was mixed with a special type of anti-Americanism as well. For example, Radio Zeesen emphasised “that the Jewish power policy in the Middle East is being implemented by the Americans.” This linkage is “regularly employed to reinforce our anti-American propaganda in Iran.”[14] The former Ambassador to Iraq, Fritz Grobba, advocated the same approach on July 2, 1942. “It must be stressed even more strongly than before that the Americans are acting as the pacemakers for the Jews in the Oriental sphere. Every American who comes to the Orient does so on the instructions of the Jews. The Jews have sent him there, even if he is not aware of this. The Jews are pulling the Americans’ strings.”[15] The closer came the defeat of the Nazis, the more frenzied became this anti-Western antisemitism – according to Josef Goebbels some 70-80 percent of the spoken material on Radio Zeesen in 1943 consisted of attacks on the Jews.[16]

Surprisingly little has changed. The propaganda, in fact, is largely the same; the Left, Neo-Nazis, “Peace Activists”, Libertarians, academics, the Islamic clerics, not to mention prominent figures such as David Duke, Judith Butler, Louis Farrakhan, Ron Paul, Noam Chomsky, Grover Norquist, Angela Davis, Jimmy Carter, and even the Presbyterian Church, are all on-message, a message increasingly echoed and amplified in the “alternative” and corporate media, reinforced by the best “scholarship” and influence peddling petro dollars can buy.

Who knew Nazi propaganda would come to have such currency with the upper echelons of American academia in places like UC Berkeley, Columbia, MIT, and Harvard—that it would be so persuasive, so effective not just with Leftists, but with Jews themselves? Who knew that so many liberal and progressive Jews would one day come to join hands with modern day fascists to champion their own annihilation. It is truly a Nazi wet dream come true.

It should be noted that Fritz Grobba had a hand in directing Soviet policy after the war. A 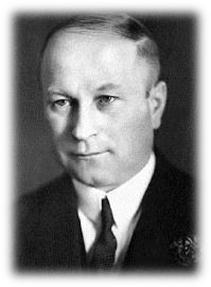 cording to Martin A. Lee in his book The Beast Reawakens, “Hitler’s top cloak-and-dagger operative in the Middle East…” put himself at the service of the Russian Communists. In 1945 Fritz Grobba “turned his entire spynet over to the Soviet Union”.


In return, the Soviets awarded Grobba a position in Soviet Foreign Ministry in Moscow where the influential Nazi was named Director of Arab Affairs, a position from which he could help shape post war policy in the Middle East. (pg, 132) Though the Soviet Union supported the creation of Israel in 1948, the tenor of the propaganda produced in the years that followed, was viciously anti-Semitic and virtually indistinguishable,  but for the Russian lettering, from that of the Nazis. 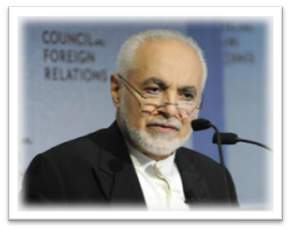 Not surprisingly, Imam Feisal Rauf and Michel Chossudovsky share a corollary cause: giving up Israel, but with a number of striking differences. While Imam Rauf collaborates with former Secretary of State Madeline Albright, is interviewed on major news networks, and is invited to speak to the Council on Foreign Relations, Chossudosky lectures to college students, “leftists” and “peace” activists on university campuses across Canada and the United States and is widely featured and fawned over by the “alternative” media worldwide.

Nothing, it seems, has been left to chance.

In September of 2010, while addressing the Council on Foreign Relations, just months after the Turkish-backed assault on a small detachment of IDF soldiers, Imam Rauf thanked President Obama, praising his “rodust” efforts to bring peace to the Middle East.

Those “robust” efforts, as many startled foreign policy observers noted, were marked by the public and repeated “flogging” and “humiliation” of the recalcitrant Jewish state—a nation, at just 8,000 square miles, is one-third the size of the Navajo reservation.

After Imam Rauf commended President Obama in his address to the Council on Foreign Relations, the Islamic cleric, Hamas (Muslim Brotherhood) supporter, and Chossudovsky co-Contributor at Perdana, took time to laud his own service to the United States government as its duly appointed emissary under two U.S. Administrations:

I recently returned from a trip abroad, on a mission by the State Department. I went to Bahrain, Qatar and the United Arab Emirates. It was my fourth trip representing the U.S. government and the American people. On two occasions, I was asked to go on this mission by the Bush administration, and twice by the Obama administration. I’m bipartisan.

If Feisal Rauf is “bipartisan”, what, one wonders, is his distinguished Leftist colleague at Perdana: Professor Michel Chossudovsky?

Though Rauf neglected to mention it while speaking at the Council on Foreign Relations, his mid-east tour reportedly also included a stop in Saudi Arabia. 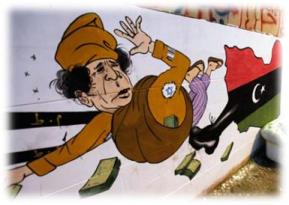 Eight months later, pursuant to a formal request by the Arab League to the United Nations the U.S.-led NATO bombing of Libya commenced.