“It raises some very difficult moral questions, but do we not each one of us carry the same responsibility towards Earth? It is surely time to ask if we can come to a view that balances the traditional attitude to the sacred nature of life on the one hand with, on the other, those teachings within each of the sacred traditions that urge humankind to keep within the limits of nature’s benevolence and bounty.” END_OF_DOCUMENT_TOKEN_TO_BE_REPLACED

This article includes a transcript of a fascinating, contentious interview conservative radio personality Michael Savage had with Hillary Clinton biographer Gail Sheehy. Hillary, she asserts, convinced Bill to bomb the Serbs, alleging 100,000 Albanians had been killed. Savage correctly points out, repeatedly, that those figures were entirely false. The entire premise of the war was a hoax: Total propaganda.

“The UN spent a lot of time looking for the mass graves. They said there were only about 2,200 bodies that were found. They don’t even know how many of those are Serbian bodies. And then just last week the State Department revised downward their 100,000 figure of dead Kosovar Albanians to 10,000 even though the UN only said 2,200. This is turning out… and I don’t think you, I don’t think you want to defend Hillary on this.”

Sheehy does anyway… because she doesn’t care. END_OF_DOCUMENT_TOKEN_TO_BE_REPLACED

What I’ve seen on the Left unfortunately, as a life-long Liberal, is immediately after the election of President Donald Trump, what we have seen is a concentrated, orchestrated effort to try and undermine the presidency as if we’re living on the set of the “Hunger Games.” — Asra Q. Nomani
END_OF_DOCUMENT_TOKEN_TO_BE_REPLACED

Netanyahu’s chief of staff took the call. “Tell your boss that if he also wants a funeral like Peres, he should begin to move, to make progress,” the American on the phone told him. END_OF_DOCUMENT_TOKEN_TO_BE_REPLACED

“The serious dangers posed by a Trump presidency are numerous and manifest. There is a wide array of legitimate and effective tactics for combating those threats…

But cheering for the CIA and its shadowy allies to unilaterally subvert the U.S. election and impose its own policy dictates on the elected president is both warped and self-destructive…

END_OF_DOCUMENT_TOKEN_TO_BE_REPLACED 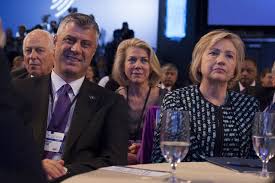 This is the person the Clintons invited to their Clinton Global Initiative Conclave three years in a row: First in 2011, and then again in 2012 and 2013, though Secretary of State Hillary Clinton’s most senior aids including Huma Abedin and Cheryl Mills were aware of and directly queried about Thaci’s involvement in human organ harvesting. END_OF_DOCUMENT_TOKEN_TO_BE_REPLACED

“What has happened in America should not be seen as a victory for hatefulness over decency. It is more accurately understood as a repudiation of the American power structure…

Median family income is lower now than it was 16 years ago, adjusted for inflation. Workers without college degrees – the old working class – have fallen furthest. Most economic gains, meanwhile, have gone to top. These gains have translated into political power to elicit bank bailouts, corporate subsidies, special tax loopholes, favorable trade deals and increasing market power without interference by anti-monopoly enforcement – all of which have further reduced wages and pulled up profits.” — Robert Reich END_OF_DOCUMENT_TOKEN_TO_BE_REPLACED 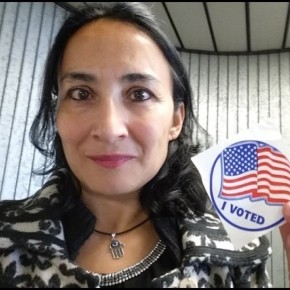 “This is my confession — and explanation: I — a 51-year-old, a Muslim, an immigrant woman “of color” — am one of those silent voters for Donald Trump. And I’m not a “bigot,” “racist,” “chauvinist” or “white supremacist,” as Trump voters are being called, nor part of some “whitelash.”” END_OF_DOCUMENT_TOKEN_TO_BE_REPLACED 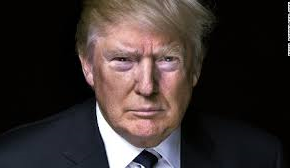 “Trump voters had several reasons to vote for Trump other than “racism”. Most of all, they want their jobs back, jobs that have vanished thanks to the neoliberal policy of transferring manufacturing jobs to places with low wages.

But racism is the only motive recognized by the globalized elite for rejecting globalization. British citizens who voted to leave the European Union in order to recover their traditional democracy were also stigmatized as “racist” and “xenophobe”. Opposition to racism and xenophobia is the natural moral defense of a project of global governance that deprives ordinary citizens of any important power of decision.” – Diana Johnstone END_OF_DOCUMENT_TOKEN_TO_BE_REPLACED