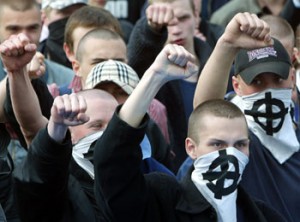 “The Jews have immense influence throughout the world—in [the domains of] politics, economy, culture, and religion,” the group writes on its website. “Freedom of speech is granted to a handful of ‘privileged’ politicians, journalists and functionaries that are puppets of the Zionist mechanism.”

According to the Middle East Media Research Institute (MEMRI), this group reveres the alliance between Muslims and Nazis during World War II. Bosnia does not ban Neo-Nazi groups, unlike many fellow European nations, in the wake of the Holocaust.