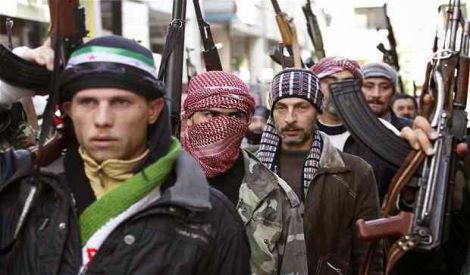 The propaganda of Islamic extremists is strengthening again in Serbia and other countries in the Western Balkans, warns Europol. As many as 346 links of terrorist content on 27 platforms in the languages ​​of the people of our region were discovered by Europol during the first action day aimed at suppressing jihadist propaganda in the Western Balkans. Analysts are not surprised by such a result.

The action is being carried out by the European Union Anti-Terrorist Investigation Unit and Reporting Capacity (EU IRU), which operates within Europol. On October 6, the unit organized operational activities in co-operation with Croatia with the participation of specialized units from Albania, Bosnia and Herzegovina, Croatia, Northern Macedonia, Montenegro, Serbia and Slovenia.

The Internet content disseminated by members and sympathizers of Al Qaeda, the so-called Islamic State and groups connected with these two terrorist organizations was evaluated. 346 links of terrorist content on 27 platforms were estimated during the first day of action, which included the countries of the Western Balkans.

Counter-terrorism units from the participating countries, together with the EU IRU, studied jihadist propaganda material, such as video tutorials, verses, and accounts on social networks that incite violence. The contents in the languages ​​of the Western Balkan countries were spread mainly by local supporters of jihadist organizations.

Europol’s EU IRU collected materials sent by the countries of the Western Balkans and the content was recorded in a database. After comparative verification of data with Europol databases and participating countries, the material was also sent to ISPs.

The President of the Steering Board of the Forum for Ethnic Relations, Dušan Janjić, was not surprised by the results of the Europol survey.

– I can only say: Good morning, Europol, after 30 years. Well, so far, some research has been done by non-governmental organizations, and that is the analysis of Islamic extremism, not jihadists. I don’t know why anyone would be surprised by jihadist propaganda in this area. The war in BiH [Bosnia] is empirical evidence of such propaganda. Then BiH [Bosnia] was put on top of jihad or holy war. After her came Kosovo and Metohija – emphasizes Janjic.

As he says, jihadists came to this area the least.

– Even direct operatives like Osama bin Laden came, but also mujahedeen from Palestine whose crimes were proven. Of course, there are many Wahhabis, but Wahhabism and extremism should not be equated. At the top of Al Qaeda’s fighters are fighters from Kosovo and Metohija, and even terrorists of Kosovo origin took part in the famous 9/11. It should be borne in mind that Sandzak is one of the political and geostrategic goals of Islamists, and through Sandzak and Montenegro. The only question is when will the Islamists activate? – explains Janjic.

The Forum for Ethnic Relations conducted two large researches in 2002, on the basis of which it discovered as many as 13,000 potential terrorists in this area.

– Of course there is a risk of them. Serbia should attach much more importance to them and collect serious data. The big problem is the lack of analytics and informatics. The real recipe for fighting extremists is to record the causes and occurrence and to suppress its spread and manage the damage. In this time of information technology, that is a really big challenge, so we cannot deal with this problem without big players like the CIA. The best example of how to fight Islamists can be found at the University of Tel Aviv, which has research and theoretical work that is also operational – Janjic underlines, and adds that Serbia itself must initiate the formation of the Western Balkan network for the fight against terrorism.

The Executive Director of the Open Society Fund, Milan Antonijevic, also supports the action of Europol.

– The action of influential groups on the Internet is something that should be taken seriously. I do not mean only jihadists, but also all extremists. It is good that Europol is working on their detection, and that should be supported and sent by the Prosecutor’s Office for High-Tech Crime and not allow the violence of these extremist groups to grow from the Internet to the street and violence against citizens – says Antonijevic.

Our interlocutor reminds that the murder of Toulouse fan Brice Taton was conceived on the Internet.

– The first agreement on the attack on Taton was made on social networks. Bullies and extremists gather first on social networks. Freedom of expression is one thing, but when you call for violence and persecute citizens, it is something completely different and it must be sanctioned and prevented. That is why we must institutionally react to every kind of extremism and stand in the way of that – Antonijevic concludes.

The director of the Center for Regionalism, Aleksandar Popov, points out that the entire region is a suitable ground for the propagation of all types of extremism.

– As far as I can see, Europol focused only on jihadist propaganda, but if it had investigated all kinds of extremism, it would have had a much broader picture. I think that some kind of extremism is tolerated and even supported in the countries in the region. I mean the extreme right and the neo-Nazis – Popov explains.

As he says, a special hotbed of extremism is Bosnia and Herzegovina, where the situation is dire.

– The state is dysfunctional, so nationalisms and extremisms are encouraged, which institutions cannot oppose. Kosovo is a special story. Most countries in this region do not do their job or tolerate or control terrorists. We saw that in 2004 and 2008, during gay parades and protests. That is why it is necessary for this action not to be one-time, but for extremists of all kinds to be continuously under control in order to suppress them – Popov emphasizes.

Returnees from Syria are the biggest threat

Europol warned in the middle of last year that jihadists returning to the Balkans from Iraq and Syria could pose a potential security threat to Europe and the region. According to the data of this agency, the Western Balkans is considered a transit route for returnees from the Syrian and Iraqi battlefields, and Europol was especially worried about the return of women and children who were indoctrinated in the previous period.

According to the report of this organization, many of them underwent training in the territories that were once under the control of the Islamic State. Europol then stressed that the countries of the Western Balkans reported that “radicalized communities, some of which are composed of returnees from the conflict zones in Syria and Iraq” exist as “jihadist communities” in Montenegro, and cited the case of a Serbian citizen convicted in Austria for terrorism and the return of several women and children, but also one man, a BiH citizen from Syria.