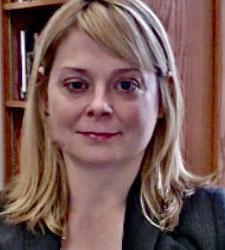 “We need to talk about Louis. He is becoming a major problem to a faculty member at our department and his views are not the kind we want to cultivate at the University. As you know he is Jewish.. so we have to be very careful and smart in how we deal with this problem.”

They Still do Witch Hunts in Massachusetts

Louis Shenker is, or was, a Jewish student at the University of Massachusetts at Amherst (UMass). He is no longer a student there, because after allowing a campaign of defamation, harassment, and threats of physical harm orchestrated by members of the faculty and administrators to force him to flee, the university has expelled him.

Louis Shenker is admittedly guilty of several thought-crimes. He is a conservative. He is a Zionist. And (has vehalila) he is a Trump supporter. Who knows, he may even enjoy trolling his progressive political opponents. Still, I don’t believe any of this is illegal in the US.

What is illegal (or at least grounds for civil penalties), and what the university may pay dearly for – $27 million if Shenker’s lawyers get what they are demanding – is trying to wreck someone’s life by spreading false information about him, and inciting violence against him.

His troubles began in December 2018, when he tried to protest an anti-Trump march, wearing a “MAGA” hat and carrying a sign. He was roughed up by the marchers, and a graduate student, Barucha “Beth” Peller, snatched his hat and refused to return it.

Peller turned out to be his teacher in a required course, but she did not recognize him without his MAGA hat, and so he received an A in the course.

In May 2019, the “Resistance Studies Initiative” at the university planned an anti-Israel event featuring Roger Waters, formerly of Pink Floyd, who of late has dedicated his efforts to attacking Israel. Shenker and two other Jewish students sued the university, demanding that the event be held off-campus. They lost, but apparently some graduate students and faculty were moved to act against what they perceived as the Zionist (and Trumpist) menace.

Louis Shenker had started to bother them. He had a popular podcast and a presence on Twitter (account since suspended) and other social media, which he used to promote his conservative views. They decided that he had to go.

In November 2019, when Louis stood up to challenge the speakers at yet another anti-Israel event, he put on a (new) Trump hat. And Peller recognized him. According to his lawyers, “He told her he knew who she was – that she was the person who had stolen his MAGA hat, and that he still wants it back.” But Peller, a long-time leftist/anarchist activist, went to the police and falsely claimed that he was a “white nationalist” and had physically threatened her. She got a protective order, and when he defended himself on Twitter, he was jailed for two days.

What he didn’t know (and what his lawyers found out only recently) was that a trap had been laid for him. Let me quote from the demand letter sent to the University by his lawyers:

…on October 13, 2019, UMass Amherst Associate Professor of Political Science Maryann Barakso, Associate Professor of Legal Studies and Political Science Lauren McCarthy, and Assistant Dean of the College of Social and Behavioral Sciences Kelly Gray, acting within the scope of their employment, came to an agreement that Louis’s “views are not the kind that we want to cultivate at the university.” They formulated a plan to terminate Louis’s contractual relationship with the university by defaming him as a racist. The faculty and administrator employees then recruited graduate student employees active in the Graduate Employee Union (GEO) to help with the plan.

Within a month, the faculty, administrator, and graduate student employees set their plan in motion after Louis’s counter demonstration at the Boycott, Divestment, and Sanctions (BDS) event, held at the UMass Amherst Fine Arts Center on November 12, 2019. University employees Barakso, McCarthy, Gray, Tyler Alan, Anna-Claire Simpson, and Beth Peller used Louis’s peaceful expression of his political and religious beliefs at the BDS event as a pretext to incite a violent harassment campaign against him, to file false charges of hate crimes against him, and to call for him to be expelled from the university.

In a series of emails obtained by Louis’ lawyers, the conspirators planned their campaign:

Barasko: We need to talk about Louis. He is becoming a major problem to a faculty member at our department and his views are not the kind we want to cultivate at the University. As you know he is Jewish.. so we have to be very careful and smart in how we deal with this problem.

McCarthy: I agree Louis is becoming increasingly hostile and threatening. We’ve dealt with other problem students in the past successfully and you know nobody likes a racist so we can handle it. I have a contact in UP that can make this work.

Barasko: Update. 1st step. Let campus know Louis is a problem, with the truth about his name out…any subsequent protest about him will lack credibility. The right RSO [registered student organization] has been inspired to post flyers 🙂

When Louis returned to the campus, he found the campus plastered with hundreds of posters with his picture, accusing him of being a “white supremacist.” He became the subject of social media incitement to “smack the dogshit out of him.” Mass emails denouncing him were sent. A campaign of legal harassment was waged against him; on several occasions his lawyers saved him from being jailed on fabricated complaints of stalking Peller (actually, the reverse was true). His tires were slashed when he was due in court for a hearing.

In December 2019, the Campus Anti-Fascist Network published an online petition accusing Louis of being “an extreme alt-right personality who uses incel* language,” and demanding that the UMass Amherst administration “move swiftly to take protective action to protect the campus from Shenker – including expulsion and a no-trespass order.” Almost 500 professors and 650 students nationally have signed it, as well as Roger Waters, Linda Sarsour, and Cornel West. Many other leftist organizations and social media “influencers” picked up the story, accusing him of being a violent and dangerous fanatic, and in some cases inciting violence against him.

His address (he lived at the Chabad house on campus) was made public.

Louis fled from the campus and was unable to take final exams. The university did not respond to his complaints, but, acting on a complaint from Peller, informed him that he was being investigated. And then it expelled him permanently for not taking his exams.

This was a criminal conspiracy to deny this young man a future, aided and abetted by a major university. To quote Justice Clarence Thomas in another context, this was a “high-tech lynching.”

American universities have become fertile ground for outbreaks of mob psychosis, in which the victim, who has somehow transgressed the increasingly extremist progressive ideology – especially in regard to Israel – is hounded from the campus. One high-profile case which comes to mind is that of Andrew Pessin, Professor of Philosophy at Connecticut College, who was forced to leave his post for a year after a social media comment of his that was critical of Hamas was misinterpreted as a racial slur against Palestinians. The college did nothing to protect him when the discourse took an antisemitic turn. After receiving death threats, Pessin took medical leave. To add insult to injury, the college gave a “scholar activist award” to the student, an activist in Students for Justice in Palestine, who initiated the witch hunt. Pessin, unlike Louis Shenker, is the opposite of provocative and even apologized for his comment (in my opinion, he shouldn’t have – the misinterpretation was deliberate, intended to attack a pro-Israel advocate). There are numerous other similar cases.

UMass has about a week to respond to the demand letter that was sent by Louis Shenker’s lawyers. If it knows what’s good for it, it will agree to a settlement that justly compensates him for the maltreatment he received at the hands of its employees.

______________________________
* “Incel” stands for “involuntary celibate.” Incels are men who blame their lack of a sexual partner on women, and express themselves in violent and misogynist language. Several mass murderers have been characterized (or self-identify) as incels.

How Britain is “subsidising acts of mass murder and terror” against Jews – pays for “militants, killers, Palestinian palaces and jobs that don’t exist”