Even before Bill Clinton was looking to cash in on Hillary’s position as Secretary of State with his Iranian wartime collaborators in the Bosnia, a bipartisan effort was afoot–supported by George Soros, Ron Paul, Grover Norquist, Keith Ellison, and the Muslim Brotherhood front group CAIR among others–to  launch a campaign to “send Hillary to Iran”, while simultaneously ending U.S. support for Iranian resistance groups under the guise of a “New American Policy on Iran”.

excerpt: The “New American Policy on Iran” and the “send Hillary to Iran” Campaigns | Out of the closet – Washington’s support for the Iranian Junta

Others, on both sides of the aisle—and points well beyond, Left and Right—have likewise gone to considerable lengths to shield Iran’s murderous theocrats from the determined, desperate, truly courageous efforts of the Persian people to overthrow them.

Among those leading the charge is the influential Republican strategist 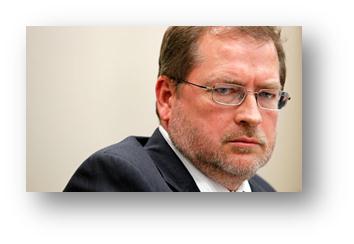 and power broker Grover Norquist whose Americans for Tax Reform organization sponsored the creation of the Campaign for a New American Policy on Iran (CNAPI) by way of a second, intermediary organization called the American Conservative Defense Alliance (ACDA) according to Clare M. Lopez and David Reaboi in a recent report they published for the—also conservative—Center for Security Policy.

According to the authors, the American Conservative Defense Alliance (ACDA) is identified as a partner of the Campaign for a New American Policy on Iran (CNAPI) and counts among its

According to internal records of the organization obtained by Lopez and Reaboi, the Republican spawned CNAPI also “partnered” with the,

George Soros’ Open Society Policy Center, which paid the salary of a CNAPI staffer; the even more left-wing Institute for Policy Studies; the Council on American Islamic Relations (CAIR) [a Muslim Brotherhood front group and], an unindicted co-conspirator in the Holy Land Hamas fundraising scheme; the anti-Israel group J Street [also funded by Soros]; the virulently anti-American and anti-Israel Campaign Against Sanctions and Military Intervention in Iran (CASMII) and many others. […]

And they’ve been busy.

The CNAPI organizations at that January 21, 2009 meeting, hosted at Norquist’s ATR headquarters [Americans for Tax Reform], made it a priority to stop American funding for Iranian resistance groups by “end[ing] the ‘Democracy Fund’ as we know it.”

The minutes of their March 18, 2009 meeting hosted—this time—by the George Soros Open Society Policy Center (an organization that has been instrumental in overthrowing governments across Eastern Europe and the former Soviet Union, including the last remaining Socialist government of Serbia in the Former Yugoslavia) announced that “Caroline Coberley, who formerly administered the ‘Democracy Fund’ had been removed from her post.”

In gloating terms, the minutes report “With no plans to replace her, this is basically the death knell of the ‘Democracy Fund’ as we know it”; in effect, they had helped bring about the end of “American funding of Iranian resistance groups”.

In a dramatic turnabout (a fact Iran and Soros worked assiduously, and successfully to obscure), Soros et al were suddenly in the business of “offing” – not a government, as is its forte— but an opposition movement.

And that was just for starters.

At this same meeting hosted by the Soros Open Society Policy Center, the members of the Campaign for a New Policy on Iran put into motion a campaign that could hardly have been more inspired or, given the history, more apropos. 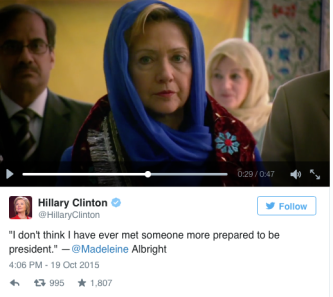 “Just Foreign Policy [A partner organization of the coalition] has contracted Tom Matzzie to design a campaign for engagement with Iran. The idea is to promote a broader “dialogue” agenda through a nationwide communications campaign, centered around the idea of “send Hillary to Iran” This effort will involve internet outreach, action alerts, blogs, a research component, a community component, and a PR campaign.”

One can only imagine the warm, enthusiastic reception the Secretary of State would receive from the families of Iranian dissidents arrested, tortured, run down, gunned down, raped, disappeared and executed by the theocratic junta in the brutal U.S. backed abortion of the “Green Revolution” in 2009 when she defends America’s seemingly uncharacteristic reluctance to support the Iranian resistance.

To be fair, Secretary Clinton, has already clarified the reasoning behind her less than neutral neutrality as concerned Iran’s Pro Democracy movement when she said,

Oddly enough, Hillary—like Samantha Powers— was untroubled by such concerns when it came to launching American Tomahawk missiles at Libyan forces in a drive to overthrow Qaddafi.

The successful campaign to crush the Iranian opposition had reached the highest levels of the U.S. administration, the result of a highly coordinated effort led in part by Trita Parsi who, reportedly, serves as one of Hilary Clinton’s advisers on Iran.

NIAC is also a long time recipient of “expedited” funding from the National Endowment for Democracy (NED)—a sure indication that a group, and therefore its activities, have support from Washington.

Like CNAPI, NIAC’s lobbying efforts on behalf of the Iranian junta also enjoy funding from George Soros. In short, a pro-Iranian government lobbying group is being sponsored by U.S.

It should perhaps come as no surprise than that Trita Parsi’s reportedly railed that the Iranian regime and the United States have long yearned for open, less illicit relations, and would have them already were it not for Israel’s insufferable interference. 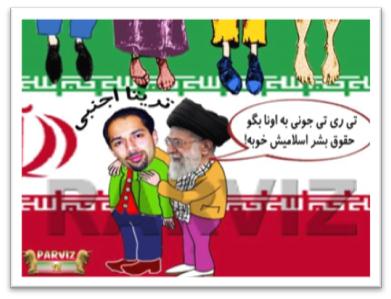 The positions Parsi advocates, even as he reportedly dines with Hillary, is called to the White House, takes the podium at the CIA, and champions what he sees as the unfairly maligned Iranian Revolutionary Guard are in virtual lockstep with those of Tehran—sometimes, as some have noted in the Iranian community, with obvious overlap even in the wording,

Perhaps in reward for his special “services” on the part of the Obama White House in crushing the democratic protests of the Persian people, Hillary quietly tapped the Iranian lobbyist to represent the United States Government on a state sponsored junket to Saudi Arabia. The alarm and outrage among Iranian Americans was palpable. An open letter of protest was sent to the Secretary of State by Pro Democracy Movement of Iran (PDMI):

On behalf of the Iranian-American community, I would like to express our outrage and disappointment on your decision to sponsor, Trita Parsi, President of National Iranian-American Council (NIAC), a known lobbyist for the Islamic Republic of Iran and currently under investigation for alleged embezzlement of federal funds, to speak and share his expertise on US-Iranian relations and Iranian politics in Saudi Arabia.

Trita Parsi is not even a U.S. Citizen who is sent by your department to represent America’s interests using tax payers’ money. Mr. Parsi is disliked by the majority of Iranian-American community and general consensus is that he is a “non-registered foreign agent” representing the interests of the Islamic Republic of Iran and is shunned in Iranian-American circles. Mr. Parsi represents an anti-Semitic and anti-Israel agenda cloaked in dialogue and diplomacy.

Law enforcement experts who have reviewed some of NIAC’s internal document released as a result of a lawsuit, offer evidence that the NIAC has operated as an undeclared lobby and may be guilty of violating tax laws, the Foreign Agents Registration Act and lobbying disclosure laws.

Parsi has been the leading lobbyist in America for the Islamic (non)Republic regime and, at least until last year’s election, was also an apologist for President Mahmoud Ahmadinejad.

He has been opposed to US sanctions against the Islamic Republic and by such definition is an outspoken opponent of your own foreign policy toward Iran. This is yet another example of many duplicitous and short-sighted policies of the State Department under your leadership and President Obama’s administration. We urgently demand an explanation for the wisdom behind sending such a questionable character with known affiliations with the Islamic Republic of Iran, a regime which your own State Department has classified as a “state sponsor of terrorism” and a threat to America’s national security.