According to this video by SourceFed, Google has been manipulating searches in favor of Hillary Clinton — apparently for months.

“The intention is clear. Google is burying potential searches for terms that could have hurt Hillary Clinton…” 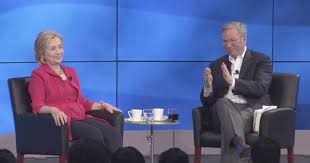 The video also shows a “stunning number of links” between the powerful internet giant and the Hillary Clinton campaign.

The revelations will confirm the suspicions of many.

Can “warping” of the search results skew the public’s perceptions such that it can influence the outcome of an election?  The answer, apparently, is: Yes.  Much, much more than you may realize.