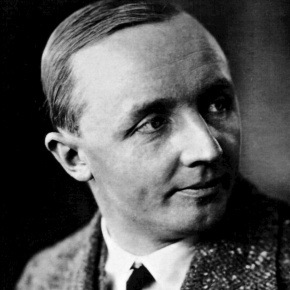 “Part of Leers’ political attitude is apparently due to his conversion to Islam, which was accompanied by a change in his name to Dr. Omar Amin von Leers. He is becoming more and more a religious zealot, even to the extent of advocating an expansion of Islam in Europe in order to bring about stronger unity through a common religion. This expansion he believes can come not only from contact with the Arabs in the Near East and Africa but with Islamic elements in the USSR. The results he envisions as the formation of a political bloc against which neither East nor West could prevail.” […]

Some of his major ideas which, at the time, seemed beyond belief include: spreading political antisemitism and anti-Zionism to the Third World and bringing about the Islamization of Europe by encouraging mass migration in order to change its demographics and to undermine its Christian traditions and culture. END_OF_DOCUMENT_TOKEN_TO_BE_REPLACED 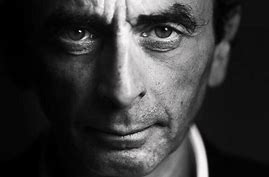 “There is no lawless. There is law.  There is law. It’s really applied in a very strict way…There’s Islamic Law that little by little assumes its throne…”  — Eric Zemmour END_OF_DOCUMENT_TOKEN_TO_BE_REPLACED

“These are the striking similarities between the Serbs and the Jews. Serbia originally lost its province of Kosovo after being defeated in battle by the Muslim Turks at the Field of Blackbirds in June, 1389. Like the Jews, who in their 2,000 years of exile dreamed of restoring their ancient homeland and their holy city of Jerusalem from alien conquerors after losing it to the Romans, so too the Serbs dreamed of Kosovo and wove their folk music and national identity around the lost Serbian heartland….

Serbia and Israel must be supported by all who still cherish morality over political and economic expediency. Historical correctness must in all such cases trump so-called political correctness. As goes Serbia, so goes Israel.” — Victor Sharpe END_OF_DOCUMENT_TOKEN_TO_BE_REPLACED

How is it possible that of 40,131 UN employees, a staggering 30,000 are ‘Palestinian’ ? END_OF_DOCUMENT_TOKEN_TO_BE_REPLACED

Not surprisingly, BBC omits Iran’s involvement and activities in Bosnia in this report, and the active complicity of the U.S. and Germany and other Western powers in facilitating this extremist incursion into the Balkans, in part as a means of destroying the former Yugoslavia, and dismantling its military. Youtube notes: Published on Jul 4, 2015 20 years ago in the civil war … END_OF_DOCUMENT_TOKEN_TO_BE_REPLACED