Newly released documents have revealed that oil billionaire and museum founder J. Paul Getty was a friend and admirer of Adolf Hitler and even lent his support to Nazi Germany in the early days of World War II. Getty ran with an unsavory crowd.

He was always a man of eccentric habits and he had an even more unusual resumé. Jean Paul Getty made his first million three years after graduating from college, married and divorced five times, collected art with a passion and was reputed to be the richest man in the world at his death. He was also an early fan of Adolf Hitler and supplied the Nazis with fuel at the outset of the war.

The intelligence linking the billionaire oil man with the German dictator has come to light through the declassification of files from the British National Archives at Kew, in southern England. Getty and his war-time activities show up in a “suspect persons” dossier that was prepared by a New York-based security team that was part of Britain’s Foreign Office for the Ministry of Economic Warfare.

The deliveries of oil and fuel continued until Germany attacked Russia during June 1941.

The declassified information also paints the luxurious Hotel Pierre, which Getty bought in 1938, in colors befitting a bad spy novel. The Manhattan hotel, which Getty reputedly bought because he wanted to fire a waiter there who had been rude to him, was filled with “doubtful and flashy” characters, many with Nazi connections, such as the Austrian baron, the German war veteran and the former U-boat captain who were the hotel’s first new employees after Getty took control.

The intelligence file reads: “Among residents at the Pierre –living in luxury suites on no visible income sources — were a Countess Mohle who spent her time making herself attractive to U.S. Army officers and was in a perpetual state of wide-eyed curiosity about military matters.”

Another long-term guest and suspicious Getty associate was a Russian-born Briton who claimed to work for British secret services but whose sympathies appeared to lie with the Nazis. Reports say he was sighted meeting with German agents in Cuba as well as members of the American far right, including the Ku Klux Klan.

Before the outbreak of war, Getty had strong business and personal connections to Germany under Hitler.

As a passionate art collector, he was interested in art collections that the Nazis had confiscated in Germany, the Netherlands and Austria and those that were broken up due to the “purifying” of their supposed “non-German” elements. It was also reported he showed interest in the furniture collection of the Rothschild banking family.

In 1939, Getty returned from a trip to Europe talking jauntily about his “old friend” Hitler. 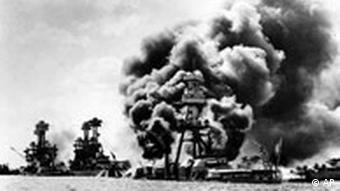