In a New England Journal of Medicine (NEJM) article, Gates called for a global militarized agency to stand above all nations in fighting pandemics. He had close cooperation with NATO in mind. 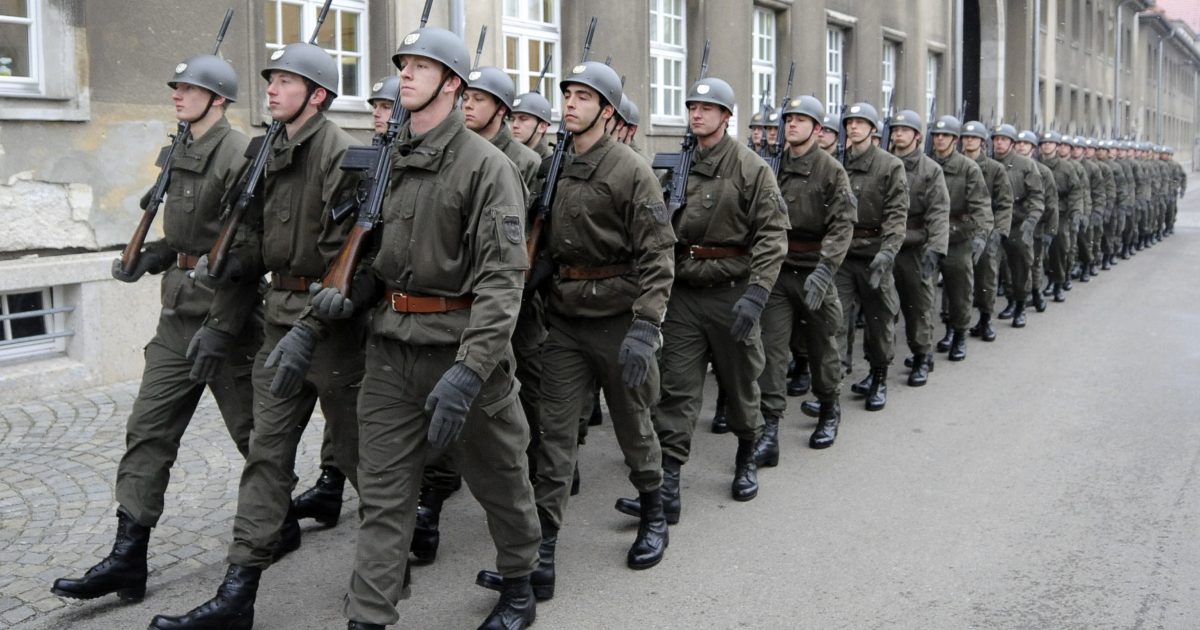 “Coincidently,” globalist billionaire Bill Gates previously called for the militarization of the health system in 2015.

There were times when leftists were highly skeptical of deploying the military domestically. In most Western European countries, the military was only allowed to get involved outside the country and never against one’s people. Activities such as securing the borders and supporting law enforcement were constitutionally made impossible. However, once Germany, Italy, and Portugal announced it had appointed a major general to lead a Covid-19 task force, Austria followed in their footsteps.

During the 2015 mass-migration crisis in Europe, military support at the borders would have stopped millions of illegals from invading many countries. But there was no political will by nations led by left-wing leaders. However, now all of a sudden, globalists want the military domestically involved. “Coincidently,” globalist billionaire Bill Gates previously called for the militarization of the health system in 2015. Now in 2021, his goals are coming to fruition.

On Friday, the Austrian government announced that Major General Rudolf Striedinger and Katharina Reich, Director General for Public Health, would lead a new office for the “nationwide Covid crisis coordination” (GECKO). The new GECKO task force is supposed to support the government in the fight against “Omikron.”

The General appeared dressed for battle in his military uniform. The new unit will advise and report to the government and coordinate the areas of vaccination, testing, and drug ordering. His appointment gave the armed forces a stronger role in the government’s Covid agenda.

In January, the General caused an uproar when he fought to regulate the expressions of opinion of soldiers in public. As a result, the Chief of Staff of Defense Minister Klaudia Tanner and Major Striedinger formulated a decree to restrict the soldier’s freedom of expression and prohibit any criticism of the federal government.

The General argued that soldiers were making inappropriate appearances on the internet. For example, a female soldier spread Covid theories online that were not in lockstep with the state’s narrative.

It has been hard for the Austrian government to rationalize the appointment of the General as head of the Corona crisis team. Moreover, the attempt to use the Omicron variant has been challenging as even the World Health Organization (WHO) is defusing the fear-mongering and stressing that cases are predominantly mild.

Covid’s “Omicron” variant apparently affects mainly young people, many of whom have been “vaccinated” twice as well as those who have received the booster. The mutant is significantly more contagious than “Delta,” but most people only develop mild symptoms.

The WHO also confirmed this in an updated report from late last week for documented cases from 38 countries. In addition, the US Department of Health (CDC) reports something similar for the United States.

In America, according to the CDC, the highest number of “omicron” cases were in young people between the ages of 18 and 39. Around 75 percent of those infected were “fully vaccinated,” a third of people even had a booster.

The appointment of Major General Rudolf Striedinger and his new task force comes shortly before the country’s vaccine mandate law will take effect on February 1, 2022. As reported previously by RAIR Foundation USA, unvaccinated people, including children as young as 14-years-old, can be fined up to 2000 euros each time they are caught in public. In addition, the government can ticket the same individuals several times a day. If Austrians refuse to pay their fines, offenders will be thrown in a special prison for unvaccinated people for up to one year.

Unlike policy for other prisoners, the public purse will not pay for an individual’s incarceration. Instead, the inmate will have to bear the costs incurred during their prison stay. The perpetrator also has to pay for his food and his prison cell.

Everything Is Going According To Bill Gates’ Plan

The military’s involvement follows the same suggestions made by Bill Gates in 2015. In a New England Journal of Medicine (NEJM) article, Gates called for a global militarized agency to stand above all nations in fighting pandemics. He had close cooperation with NATO in mind. National security regulations should be circumvented and override the constitutions of sovereign states. In addition, the billionaire called for the creation of surveillance and monitoring systems. Gates wants the United Nations, G7 countries, NATO, and the World Bank to work together to implement his ideal response team.

In April 2015, Gates gave a Ted Talk, which he called, “The next outbreak? We’re not ready.” From minute 5:30 on, the self-appointed leader explains his ideas about the use of the military for pandemics: