Does Joe Biden Belong in the White House or the Nut House? 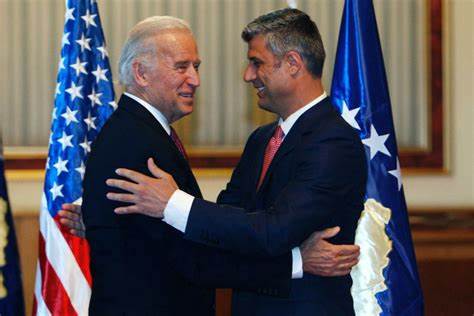 In 1990 Sen. Joe Biden told a C-SPAN interviewer, “I made mistakes and I’ve said them straightforwardly, but I’ve never done some of the things that were alleged. I never plagiarized in law school.”

Biden’s law school records tell a different story. The records show that he stole 5 1/2 pages from an article published in the Fordham Law Review and submitted them as his own work. He even changed the numerical sequence of the footnotes to match his own numbering system. When his professors detected the plagiarism they gave him an F in the course, but Biden insisted that he didn’t knowingly cheat.1

As David Greenberg, a professor of history and media studies at Rutgers University, recently explained in the Washington Post “Few remember the details surrounding the many incidents of word-theft, dating to law school, that disqualified him from the 1988 presidential race. Biden lifted words from Bobby Kennedy, Hubert Humphrey and the British politician Neil Kinnock; in the last instance, Biden stole autobiographical material, in effect making false claims about his own life. That suggests something pathological about Biden, for wholesale deceptions aren’t easily explained away. The media opted not to reopen those incidents when Biden ran for president this year, but they should have. Character doesn’t change easily; something troubling may still lurk beneath the smile and the logorrhea.”2

Is Joe Biden is a pathological liar? If he’s going to be one heartbeat away from the presidency, it’s a question worth asking. Research has shown that pathological liars often believe their lies to such an extent that they can pass a polygraph exam.

It may not matter that Biden plagiarized parts of his autobiography, or that he cheated in law school and lied about it. But it does matter that he lies about foreign policy issues. Robert Gibbs, senior advisor to the Obama campaign, explained that Biden was chosen as Obama’s running mate because of his “unparalleled foreign policy experience”.3 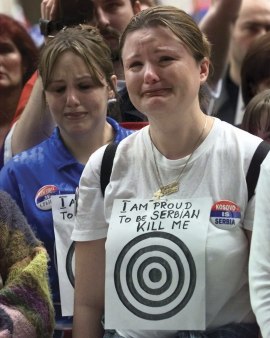 Admittedly, Biden wasn’t the only one accusing Serbian leader Slobodan Milosevic of genocide in Kosovo. The State Department told us that half a million Kosovo-Albanian men were missing and feared dead at the hands of Milosevic’s troops.5

Although Biden wasn’t the only one alleging genocide, nobody appeared more certain of it than he was. When the war ended he went on CNN and said, “We’re going to find that the atrocities far exceed anything anyone’s known. We’re going to find mass graves with thousands of people in them, and we’re going to have to unmask for the Serbs and all the world what has happened here so it doesn’t happen again.”6

Biden was so sure of his claims that he wanted them held up to scrutiny. He said, “At the end of the day the Serb people have to be made aware about what happened. There are trials going to take place in The Hague and everybody in Serbia should have to see them. Otherwise there will continue to be this notion of oppression, and people I think you have got to have an awakening.”7

In 2001 Biden got his wish. Slobodan Milosevic was delivered to The Hague and put on trial for war crimes. Serbia’s B-92 television network broadcast the entire trial proceedings live, wall-to-wall, for all of Serbia to see. It was a fiasco for the prosecution, by the time of Milosevic’s death in 2006 he was more popular than he was when the trial started and the Tribunal was viewed with scorn and suspicion.

As it turned out, the evidence unearthed by Hague investigators was nothing like the modern-day Holocaust alleged by Biden and the State Department. After more than a year of investigating, Hague spokesman Paul Risley announced, “The final number of bodies uncovered [in Kosovo] will be less than 10,000 and probably more accurately determined as between 2,000 and 3,000.”8 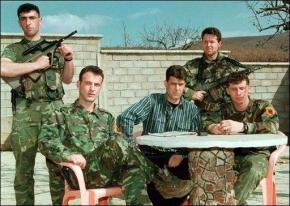 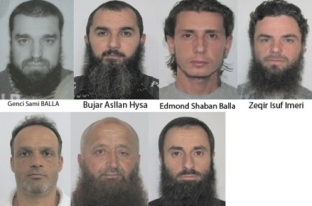 When they wrapped up exhumations UN investigators had found a total of 2,788 bodies in Kosovo9 and the International Red Cross listed another 2,150 missing.10

The Humanitarian Law Center, a U.S.-funded NGO based in Belgrade, claims to have documented 9,702 people dead or missing from the war in Kosovo. Of this number, 4,903 are Albanians, 2,322 are Serbs, with the rest belonging to other nationalities or their ethnic identity remaining uncertain.11

Regardless of the numbers you use, the war in Kosovo was nothing like the systematic slaughter and genocide alleged by Joe Biden. The numbers of dead and missing don’t even begin to approach the hundreds of thousands that were used to justify the U.S.-led NATO assault on Serbia. 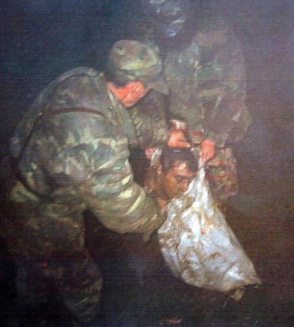 Biden was the ranking member of the Senate Foreign Relations Committee during the Kosovo war. He was in a position to know that he was saying things that weren’t true. Presidential Scholar Stephen Hess recently told Voice of America that Biden “knows a lot about the world, maybe of all the United States Senators, he knows the most.”12

Biden was in a position to know that in Kosovo the Albanians provoked the war by attacking the Serbs in their own country. The Kosovo-Albanians were as subtle about their hostile intentions as a brick through a plate-glass window.

One doesn’t have to look further than the public communiques that the Kosovo Liberation Army (KLA) published in the Albanian media in the years and months leading up to the war to see who started all of this. The KLA made no secret of the fact that they intended to forcibly seize the Serbian province of Kosovo and turn it into an Albanian state.

In 1996, two years before the war started, the KLA published a communique in the Albanian media that said, “Through this communique we would like to state clearly to the current Serbian political leadership that they must withdraw from our territories as soon as possible, or our attacks to liberate the country will be fierce and merciless.”13

In a 1997 communique the KLA appealed to the Kosovo-Albanian public saying “Kosova and the other Albanian territories will not be liberated down the telephone or from an office, but only by a serious commitment in support of the armed struggle.”14

The KLA published another communique in 1997 threatening the international community with “a greater slaughter than in Bosnia-Herzegovina” and warning the Serbs of a fate “worse than their Russian brothers in Afghanistan and Chechnya” unless their demands were met.15

The KLA was open about its mission, explaining in one communique that their “first fighters were the most fervent idealists for the independence of Kosova” They said, “The people of Kosova did not form their own liberation army for the purpose of a social revolution or to oppose government with a national tinge, but they are carrying on a struggle to be liberated from the century-old occupier. If you confuse these two things, this means that you are making a mistake on purpose.”16

The Albanian grievance wasn’t with Milosevic’s government in particular; it was with Serbia “the century-old occupier”. The Albanians were upset because the 1913 Treaty of London returned Kosovo to Serbia after 500 years of Ottoman occupation. That was the real issue.

If Milosevic had been the problem, the violence wouldn’t have predated his political career. In 1981 nobody had even heard of Slobodan Milosevic, but Albanian separatists in Kosovo were rioting and carrying out deadly attacks against Yugoslav security forces. When the New York Times reported on the rioting they called it “the worst riots in Yugoslavia since World War II”.17

In 1982 Becir Hoti, an ethnic Albanian official in Kosovo’s government, explained the situation to the New York Times saying, “The nationalists have a two-point platform. First to establish what they call an ethnically clean Albanian republic and then the merger with Albania to form a Greater Albania.”18

Biden must have known that the Albanians had been making threats and carrying out attacks against the Serbs for years before serious fighting broke out in 1998. A man in his position would have had to know.

By the latter part of 1998 the United States had involved itself in the conflict. The U.S. brokered what was supposed to be a cease-fire between the Serbs and the KLA.

On November 12, 1998 the UN Secretary-General issued a report on the cease-fire implementation, which found that “there has been a continued withdrawal of the Serbian security forces from Kosovo and numerous checkpoints and fortified positions have been dismantled.”19

While the Serbian side was complying with the cease fire, the Secretary-General’s report noted that “Kosovo Albanian paramilitary units are asserting their own authority to supplant that of the Serbian police in areas from which the police have withdrawn, and have established their own checkpoints on a number of secondary roads. … Recent attacks by Kosovo Albanian paramilitary units have indicated their readiness, capability and intention to actively pursue the advantage gained by the partial withdrawal of the police and military formations. Reports of new weapons, ammunition and equipment indicate that the capacity of those units to re-supply themselves is still fairly good.”20

The Serbs were bending over backwards to make peace with the Albanians, and the Albanians took that good will as an opportunity to ratchet-up their attacks and conquer more territory. When the Serbs realized that they were being double-crossed they sent their forces back in, and NATO used that as an excuse to start bombing them.

When you realize how the war started, what it was about, and how few people actually died in it, Biden’s rhetoric about the Serbs waging a modern-day Nazi Holocaust against the Albanians sounds insane.

The media reported a genocide, but well-informed people knew better. Dietmar Hartwig, the chief of the European Union Monitoring Mission in Kosovo, commented on the media coverage saying, “I didn’t think it had anything to do with reality. [The] reporting was always very one-sided. There was only one perpetrator and always one victim.”21

As the ranking member of the Senate Foreign Relations Committee, Biden must have known better too. Did he know that was lying about the “Serbian genocide” in Kosovo, or is he a pathological liar who actually believes his own rhetoric? Given the absolute certainty with which he spoke, and his history of lying and serial-plagiarism one has to wonder.

11 – Globus (Zagreb, Croatia); February 2, 2007; Establishing the number of victims in the Yugoslav wars of succession

13 – Text of KLA Communique No. 22 published in the Swiss-based Albanian-language newspaper ‘Bota Sot’ on 10th August 1996