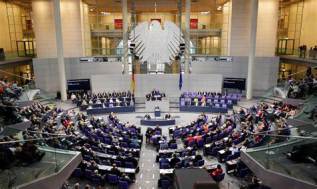 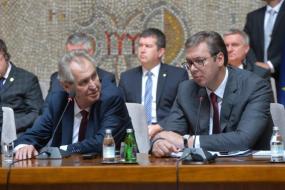 Following the lead of Czech president Milos Zeman, the German political party “Die Linke” has reportedly expressed its support for the withdrawal of recognition of Kosovo.

The US-backed Albanian regime in Kosovo are narco-terrorists who were trained in Al Qaeda camps.  As leaders of a large crime syndicate, they are responsible for massive heroin trafficking operation in Europe.

Interpol stated that “Kosovo Albanian Mafia hold the largest share of the heroin market in Switzerland, in Austria, in Belgium, in Germany, in Hungary, in the Czech Republic, in Norway, and in Sweden.”

The head of Sweden’s anti drug unit believes that the gangs supplied “hundreds, maybe thousands, of kilos of heroin” to the Scandinavian countries. The Albanian Muslim Mafia clans are dispersed in Kosovo and Macedonia as well as Albania proper.

They are also engaged in the sex slave trade and human organ harvesting.

Kosovo’s prime minister is the head of a “mafia-like” Albanian group responsible for smuggling weapons, drugs and human organs through eastern Europe, according to a Council of Europe inquiry report on organised crime.

German party in Bundestag supports the WITHDRAWAL of RECOGNITION! “Kosovo has been separated from Serbia, leaders involved in war crimes “

The leftist party “Die Linke ” in Germany’s Bundestag supported the initiative of Czech President  Milos Zeman regarding the review of the abolition of Kosovo’s recognition.

The Pristina daily “Zeri ” quoting Jacqueline Nastic, a spokesperson of the party, which says that an independent Kosovo “was established by violating international law and by criminals “, reports Kosovo online.

-We welcome the debate initiated by the Czech President on the withdrawal of recognition for Kosovo. Kosovo is not currently recognized by many members of the United Nations. Over the past two years, dozens of countries have withdrawn recognition–specified by Nastic, and added that Kosovo after the bombing of NATO “is separated from Serbia and is currently governed by leaders involved in war crimes “.

Nastic noted that Milos Zeman was right when he said Kosovo was not led by democratic parties.

-In fact, as Milos Zeman said, such a state cannot be part of a democratic community–concluded Žaklin nastic.