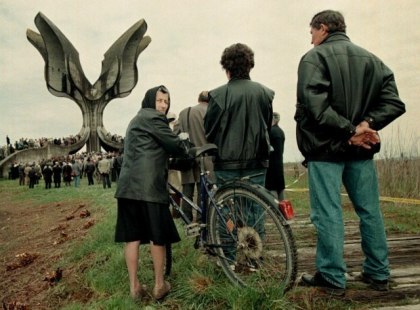 Professor Dr. Gideon Greif, chief researcher at the Holocaust Institute Shem Olam in Israel, has revealed information about the victims of torture in Jasenovac.

Jasenovac was a death camp in Croatia for Serbs, Jews, and Roma, set up and operated by the Ustasha regime of the Nazi-allied Independent State of Croatia (NDH) during the Second World War.

Based on information he received during his four-year work on a study entitled, “Jasenovac, the Auschwitz of the Balkans,” Greif said that at least 800,000 Serbs and about 40,000 Jews had been killed in Jasenovac in the most brutal manner. “Jasenovac was the empire of death,” Greif points out, adding that revisionism represents a second murder of the victims.

“We must direct all our forces against revisionism, so that the victims would not become victims again. Facts are facts and we cannot sweep them under the rug, the truth always comes out. I consider all these attempts to revise history to be childish, they are all condemned to failure,” he stressed.

In Jasenovac, Greif continued, there were “57 different ways of killing the victims.”

“I am sure that there weren’t as many in Auschwitz. It’s a world record. There has not been something of the kind in the history of the humankind,” he said, adding that there should be no doubt about the number of the (overall) victims, and recalling that an investigation by a joint Croatian-Serbian commission showed that this number was 1.4 million.

Speaking for Pink TV, Greif said he had devoted four years to his research and that there was is not a single archive that he has not studied. “The results are shocking for their cruelty, sadism… The chain of camps known as Jasenovac, located on 46 square kilometers, six times larger than Auschwitz, was actually a reflection of pure cruelty. The Ustashas enjoyed their cruelty, they enjoyed torturing people. I would say that they had perfected the death,” said Greif.

As for the differences between Jasenovac and Auschwitz, he said that the (German) National Socialists didn’t like to have their victims before their eyes, they liked “clean deaths” – whereas the Ustashas enjoyed feeling the suffering of their victims.

“There is a difference, they wanted to see the process of the dying of the victims. We can see that from the photographs taken in Jasenovac, while the Germans preferred gas chambers, which, if nothing else, you didn’t have to look at. It was, so to speak, a sterile death,” said Greif.

According to him, another difference is that the Germans, in addition to the humiliation and the torture meant for their victims – actually used the their physical labor , while in Jasenovac, the suffering was the only purpose – the suffering of the victims, until their very death.