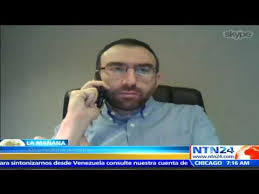 It’s hard to be wrong.  Sometimes it’s even painful, especially when you’ve made a career out of defending the indefensible, the monstrous, the criminal… the sadistic.   If you’re honest, that is.

Others will never accept the truth.  The historical record. The evidence. Facing exposure and loss of credibility, they double down. Attack.  Others like José Hamra Sasson.

Talk about a spectacular miscalculation.

INTRO  –  What is this debate about?

José Hamra Sasson, a Mexican intellectual and former news executive, has engaged me in a debate concerning the ideological profile of PLO/Fatah—what we now call the ‘Palestinian Authority.’ Based on the historical evidence, what are (most probably) PLO/Fatah’s ultimate goals? Hamra claims this organization means to make peace. I believe it means to kill every last living Jew.

For I teach a course called ‘Antisemitism, and the Political History of the West.’ The point of it is to investigate how, throughout the centuries, repressive ruling elites have mobilized antisemitism as a tool to keep themselves in power and to enslave the general population—Jews and non-Jews. The German Nazis were a dramatic example but the pattern, as I strive to demonstrate in my course, holds for two and a half millennia and is still quite current. This course is a labor of love and it is open to all, whether or not they are students at my university. I teach it every semester.

A few days ago, in reply to our publicity emails for this semester’s course, due to begin February 10, we received a reply expressing that my course is clearly nothing more than “vulgar, Zionist propaganda” going quite beyond “limits that should not be exceeded.” Anyone, allegedly, can see this: “One hardly needs to be an expert in history, in geostrategic studies, or in the philosophy of religion to understand [it].” Moreover, “it is morally repugnant that right as Palestine is being abused the way the Zionist government daily abuses her, you [meaning my university] should bring to Mexico an individual who dedicates himself to such blatant proselytizing in favor of the most racist and odious regime in the world [meaning Israel].”

The author—a professor at the most prestigious philosophy department in my country (UNAM)—is entitled to his own opinions. But I ask: How can he make a living as an academic and dare to say that a modicum of research is entirely beside the point for informed opinions about a course he has not taken and whose subjects lie outside his field? My hypothesis: this professor assumes that consuming news is quite enough—the media, speaking always without bias, have already done the research and supplied him with ‘correct’ opinions.

For an anthropologist like myself, interested primarily in the transmission of ‘memes’ (norms, ideas, behaviors, etc.), it is interesting to learn more about the processes that lodge these ‘correct’ ideas in the minds of my country’s most prestigious academics. I was recently given a peek at such processes, courtesy of José Hamra Sasson, former News Director of Mexico’s Canal Once (Channel 11 – TV).

Hamra has engaged me in a public debate on the ideology of PLO/Fatah (i.e. the ‘Palestinian Authority’). I claim this ideology is in essence that of the German Nazis: it seeks the extermination of the Israeli Jews. Hamra replies: nothing could be further from the truth.

In support of my hypothesis, I have pointed to the close relationship that existed between Hajj Amin al Husseini, founding father of the Palestinian movement, and the German Nazis. (This relationship is one that few people have any clue about, though their numbers have grown since last October, when Benjamin Netanyahu explained this to world audiences.) No mere ‘collaborator,’ Husseini played a leading role in the Final Solution. And he hoped to do more: with Hitler, he planned to exterminate the Jews living in what is today the State of Israel.

The latter plan could not be carried out during the war. So what was a frustrated genocidal monster to do in his postwar years?

I have claimed that, after escaping to Cairo, Husseini mentored Yasser Arafat and Mahmoud Abbas, creating PLO/Fatah. What for? My hypothesis: to chase his dream: the genocidal destruction of Israel. This hypothesis is consistent with PLO/Fatah’s key role in the creation of the theocratic Iranian state, an international exporter of antisemitic terrorism that, to this day, renews every month its promise to exterminate the Israeli Jews. Since PLO/Fatah is now the ‘Palestinian Authority,’ poised to receive strategic territory of the Jewish state, this implies a rather serious danger to Israel.

What does Hamra say to all this?

He does not dispute my claims about Husseini’s leading participation in the WWII Holocaust. So we agree on that. But Hamra does deny that Husseini had anything to do with creating PLO/Fatah or mentoring its leaders. In fact, he denies Husseini any significant role in the postwar Palestinian movement. On Iran, Hamra grudgingly concedes PLO/Fatah’s support for Ayatollah Khomeini’s Islamist Revolution, but he denies that one may justifiably infer from this that PLO/Fatah shares Khomeini’s—and his successors’—genocidal goals.

Hamra has to say these things if he is to keep himself consistent with his position, stated for the record over the years, that a ‘Palestinian state’ governed by PLO/Fatah would be the best thing for peace in the Middle East.

It is in search of this elusive ‘peace’ that Western governments have publicly premised their interventions in the Middle East. To evaluate these policies, Westerners need to see proponents and opponents debate them in public, all the better to examine the arguments and evidence presented by each side in the various controversies. Hence, though my sparring with Hamra may be good sport, it is also an educational opportunity for democratic citizens.

This, mind you, is no ordinary sparring partner, but one with an impressive CV.

Hamra has a B.A. in sociology from Universidad Autónoma Metropolitana (México City) and an M.A. in political science from McGill University (Montreal, Canada). He is a specialist of the Arab-Israeli ‘peace process’ (it’s the subject of his Master’s thesis), of ‘Arab studies,’ and of the question of ‘exile.’ The latter is at the center of his current doctoral studies in ‘Critical Theory’ at ‘17, Instituto de Estudios Críticos,’ in Mexico City (where, I am guessing, they teach the most advanced postmodernist theory). Hamra’s international relations research has been supported by CIDE (Centro de Investigación y Docencia Económicas) and he has taught the subject at Universidad Iberoamericana.

That’s quite a list of prestigious universities. But there is more.

From 1998 through 2004, Hamra was News Director of Mexico’s Channel 11 (TV), a powerful educational force. Its audience may not be the largest, but it has influence, for Channel 11, run by Mexico’s esteemed National Polytechnic Institute, is a resource cherished by Mexicans with higher education.

And Channel 11 reaches beyond. “Known as the channel by which university TV broadcasters in Latin America chart their paths,” it is “considered the dean of university TV broadcasters in Latin America.” Moreover, “the network is also available in the United States via satellite from DirecTV and also various cable outlets on ‘Latino’ or ‘Spanish’ tiers,” reaching many people, as well, through its webcasts on the Internet.

As News Director at Channel 11, José Hamra became an important shaper of opinion for self-consciously educated Spanish speakers throughout the American continent—in particular, for those who call themselves ‘intellectuals.’

And there is life after Channel 11. From 2004 to 2009 Hamra led the section ‘The Middle East: An Entire World’ in the news show Revista Antena Radio (Horizonte 107.9 FM, Instituto Mexicano de la Radio).

Since then, Hamra has continued to appear everywhere, as the news media routinely seek him on all questions relating to conflict in the Middle East—as one might expect, for most of the mainstream media, here and elsewhere, take a stance on Middle Eastern affairs quite similar to Hamra’s own.

On matters Middle Eastern, therefore, my exchanges with Hamra can teach us something about the quality of Western political journalism writ large, and perhaps also the quality of the Western university system.

In this connection, Hamra’s initial efforts to censor my views (details to follow) are food for thought. It is unusual for those confident in the quality of their own arguments to try and silence their opponents. But more to the point: Shouldn’t those in charge of ‘the news’ be interested in transparent reporting and open debate? Are they supposed to be taking sides in political controversies to the point of stifling the free expression of those whom they disagree with? How is the public served by this?

I invite you to read my exchanges with Hamra and make up your own mind on the various issues discussed, and on the central question: Is the ‘Palestinian Authority’ planning to repeat the Holocaust?

Francisco Gil-White, anthropologist and historian, is a professor at ITAM (Mexico City) and author of ‘Hajj Amin al Husseini’, Tome 1 of The Collapse of the West: The Next Holocaust and its Consequences (for sale at Amazon).